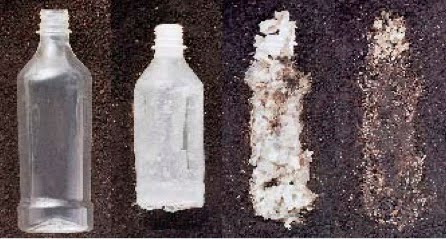 Metabolix (Cambridge, MA) says it has demonstrated that a series of PHA copolymers miscible with PVC resins improved various physical properties. PHA copolymers, for example, performed as high molecular weight, readily dispersible plasticizers, enabling formulation of compounds with low additive migration and low extractables. That’s a key issue for IV bags and tubing where some major hospital systems, such as Kaiser Permanente, are moving away from PVC because of concerns about plasticizer leaching.

PHAs from Metabolix are produced in a biological fermentation process using agricultural feedstocks, such as sugars derived from corn. They have been used in a variety of biomedical applications such as sutures and surgical meshes and are biocompatible. Metabolix is working on genetic engineering technology to produce PHAs directly in plant crops such as switchgrass and sugarcane.

“The significant performance benefits PVC gained from blending with PHA copolymers underscores the versatility and value of Metabolix’s PHA technology,” said Oliver Peoples, chief scientific officer and vice president of research at Metabolix. “These developments will allow us to broaden the addressable market opportunity for our materials, beyond our traditional focus on those markets requiring biodegradation.”

Metabolix worked with AlphaGary (Leominster, MA), custom compounder of PVC and TPE/TPO materials, to study PHA polymeric modifiers in PVC. “We are pleased with what we have seen in these new polymeric PVC modifiers and are beginning to test them in current high-value applications. They combine effective impact modification with good transparency and are made from renewable feedstocks,” said Mark Jozokos, global R&D manager at AlphaGary.

Metabolix plans to manufacture the new PHA products in a10,000 tonnes per year facility in Leon, Spain. Samples of the polymeric modifiers will be available to ship to customers in early 2013. Last July, Metabolix announced a manufacturing relationship with Antibióticos S.A., a producer of active pharmaceutical ingredients using fermentation processes. Metabolix needed to find a new production partner for its PHAs after Archer Daniels Midland Company (ADM) terminated a JV called Telles in February due to concerns about the financial prospects for the project.

Metabolix was formed in 1992 to commercialize genetically engineered production organisms developed in the MIT lab of Dr. Anthony Sinskey by Oliver Peoples. The company also bought Monsanto patents for PHA bioplastics, including Biopol.

Clariant strengthens position in China with inauguration of One Clariant Campus