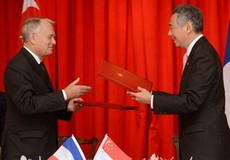 ZOLL Medical Corp., a manufacturer of medical devices and a large buyer of plastic components, announced its first major expansion since its acquisition this year by Japanese chemicals and plastics giant Asahi Kasei.

ZOLL will establish Asahi Kasei ZOLL Medical Corp. as its Japanese subsidiary effective Nov. 5 to advance its medical device business in Japan, which it described as the second largest medical market in the world. The new Tokyo-based subsidiary will be headed by Seiji Sakano. Richard A. Packer, CEO of ZOLL (Chelmsford, MA) said that ZOLL is accelerating the expansion of its foreign operations with a focus on Japan and other major Asian markets as part of the Asahi Kasei Group.

“This subsidiary, headed by Dr. Sakano, who previously held the position of general manager of Asahi Kasei’s Advanced Medical Device Center, represents a solid opportunity to enter a high-growth market,” said Packer. “AZM will leverage the resources of the Asahi Kasei Group to facilitate these developments for the swift expansion of ZOLL’s business in Japan.” The ZOLL AED Plus automated external defibrillator has been marketed in Japan since 2011 through another Asahi Kasei subsidiary, Admis, Inc. To further expand its Japanese business, ZOLL is working to obtain regulatory approval for products currently sold in the US and Europe, while reinforcing its sales infrastructure in the country.

Applications have been filed for Japanese regulatory approval of the ZOLL X Series monitor/defibrillator and the LifeVest Wearable Defibrillator, and preparations for selling these products will be advanced when approvals are received. ZOLL primarily assembles medical devices at its Chelmsford, MA headquarters location using plastics and other components sourced from outside suppliers. ZOLL, Mack Molding and MSI Mold Builders received a design award from the Society of the Plastics Industry for an automated external defibrillator. ZOLL also does some injection molding of plastic parts.

In 2006, ZOLL acquired Lifecor (Pittsburgh, PA), a privately owned medical equipment company, which designs, manufactures and markets the LifeVest Wearable Defibrillator. ZOLL had sales of $525 million last year. It was founded in 1980 by Dr. Paul M. Zoll, who while Chief of the Cardiac Clinic at Beth Israel Hospital (Boston, MA) in the 1950s demonstrated that external electrical stimulation of a patient’s chest during cardiac arrest could produce an effective heartbeat. Growing use of defibrillators outside hospitals has helped to fuel the company’s growth.

Arburg claims to be the first being triple certified