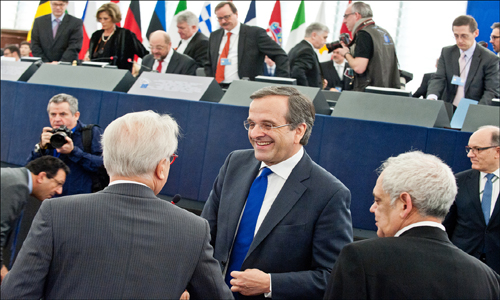 What made the headlines in petrochemical markets in 2014? According to ChemOrbis, the most striking answer is, needless to say, crude oil prices, which steadily retreated since the start of the second half of the year. This was the sharpest decrease since the 2008 crisis as the overall decline reached 50% on average, which also found a considerable reflection on downstream markets.

Nevertheless, the downturn that has been in place in the past 6 months has not been fully reflected, particularly on polyolefins. As was already mentioned in ChemOrbis news How did plunging oil reflect on polyolefin prices? , the overall cumulative decrease has been around 30% on average both in Asia and the Middle East.

Another important issue of 2014 was the new coal based capacities in China that started up one after another. Even setting aside the downturn in crude oil, the arrival of these new capacities somewhat reduced the dependency of Chinese buyers on imports and contributed to the downturn that has been in place in polyolefin markets since the end of the summer. As was again noted in detail in ChemOrbis’ previous news Coal based capacities weigh down more on PP than HDPE in China , this situation impacted particularly homo PP. In the last quarter of 2014, the cumulative decrease recorded in the homo PP market was indeed larger relative to PE in global markets, according to ChemOrbis Price Index.

Apart from coal based capacities, the slowing economic growth of China was felt on import statistics in the country. This issue was also analyzed in previous ChemOrbis stories of China’s polymer imports decline for 3rd consecutive month and Singapore raises its share in China’s imports, overtakes Iran .

The slowing growth of developing economies, notably China, as well as the stagnating European economies hampered demand throughout 2014. Political turmoil and instability in Iraq and Ukraine hurt the export markets of Turkish converters considerably. Following Russia’s intervention in Crimea, Western sanctions imposed on Russia was also a hot issue in global markets throughout the second half of 2014.

Another important highlight was the steady appreciation of the US dollar against other currencies in the second half of 2014. Having traded in the 1.34-1.39 spread in the first 5 months of the year, the euro/dollar parity retreated gradually to trade around a much lower spread of 1.21-1.25. In comparison to the euro’s 14-15% depreciation against the dollar, the Russian ruble depreciated by around 43-45% to see record lows. Southeast Asian currencies also witnessed depreciation against the dollar.

Another quiet but important development in the petrochemical industry was the investments projected for ethane gas during 2014, according to ChemOrbis. Apart from the massive investments realized in the US on the back of the shale gas boom, European majors including Ineos, Borealis and SABIC decided to switch some of their crackers to ethane feedstock and kicked off projects to ship ethane from the US to Europe. Accordingly, the news that EU leaders seek to finalize FTA with US by end 2015 was considered crucial by many market players. India’s Reliance also signed contracts to ship ethane for its crackers in India in 2014.

In terms of production news, Shell’s unexpected shutdown at its Moerdijk cracker due to a steam leak in October was a hot issue, albeit for a short while, as the producer is feeding several regional producers for downstream production from this complex, which has a production capacity of 900,000 tons/year ethylene, 550,000 tons/year benzene and 550,000 tons/year of styrene. This complex in the Netherlands still remains shut , meanwhile. Another highlight in terms of supply was the news thatUAE’s Borouge started up its Borouge 3 cracker and PE-4 plant in Ruwais in the course of the summer of 2014. The Borogue 3 unit is one of the world’s integrated petrochemical facilities.