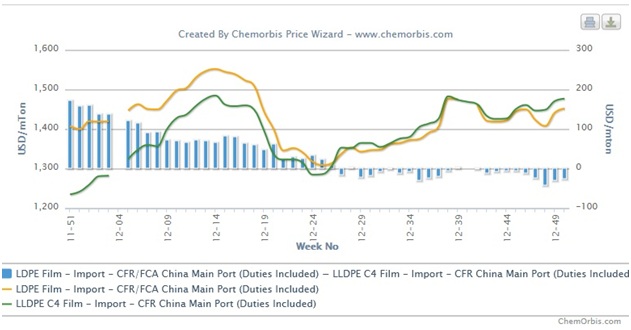 During the course of the past year, LLDPE film prices have posted steady gains relative to LDPE film prices in Asia, with the result that although LLDPE traded at a considerable discount relative to LDPE at the start of the year, LLDPE currently trades at a premium, as per the pricing service of ChemOrbis. Looking ahead to the coming year, a source at a Middle Eastern producer commented that they expect this trend to intensify next year.

Pipe, profile or sheet: high-tech solutions for all applications

Fully automatic and sustainable: Save materials and energy with REIcofeed- PRO from Reifenhäuser

Local GPPS trades close to par with HIPS in China