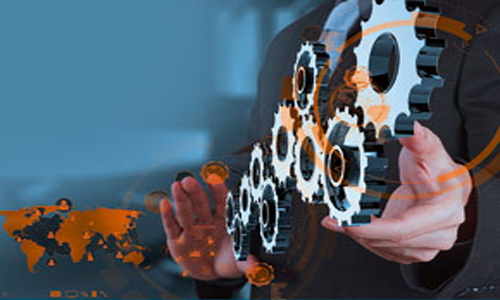 Turnover growth of more than 8 percent expected for 2015, increase in competition

Frankfurt am Main, 26.03.2015 – The order situation of the manufacturers of components, machines and equipment of photovoltaics in Germany is very encouraging by the end of the first quarter in the year 2015. In the current business climate survey of the German Engineering Federation (VDMA) more than one third of the companies report an improvement of their order situation compared to the same period of time last year. For almost 58 percent the order income is comparable to last year. Industry representatives expect an increase in turnover of more than 8 percent for the current year.

The reason for this positive development is the arising investment cycle in the photovoltaics industry. A number of leading PV equipment manufacturers have already presented their expansion plans at the end of 2014”, explains Dr. Peter Fath, Managing Director of RCT Solutions GmbH and Chairman of VDMA Photovoltaic Equipment. Not less than 10 GW of new module capacity for crystalline modules and 2 GW module capacity for thin film modules are in the discussion at the moment. Moreover, investment in wafer and cell manufacturing will be increased and German manufacturers of PV equipment want to participate.

The signs are set for growth again for PV suppliers. Due to a globally increased demand for solar power and consequently by the rising demand for cost-effective and innovative production solutions we expect increased investment in modern equipment and technology for the current year”, explains Dr. Florian Wessendorf, Managing Director of VDMA Photovoltaic Equipment. At the same time, however, competition is growing as well. Not only competitors in Europe and the US want to increase their share. Technology suppliers in the Far East as well want to raise their market share of the growing equipment market and position themselves accordingly. Therefore, the German PV equipment industry is working on an adequate strategy for business with Asia and will position itself increasingly in markets outside the traditional focus of production of photovoltaics.

Capacity utilisation of the German Photovoltaic equipment sector remained more or less at a normal level in the first quarter of 2015. 58 percent of the participating companies report utilization to remain at a normal level and 22 percent even above a normal level. For most of the companies the employment situation has stabilized. 86 percent of the reporting companies do not plan any modifications regarding their staff, only eight percent will undertake adjustments. The order range amounts to 4.6 months at the end of the first quarter compared to the order range of the entire machinery industry of 5.7 percent in October 2014. In order to support the revenues PV manufacturers focus on increasing their own market share and on broadening their product and service portfolio. Long term investment to enhance competition is made in research and development and an increase in efficiency. “The beginning of this year is optimistic. According to all the important indicators the German PV equipment industry will remain the key player with regard to driving innovations and offering solutions”, stresses Fath.