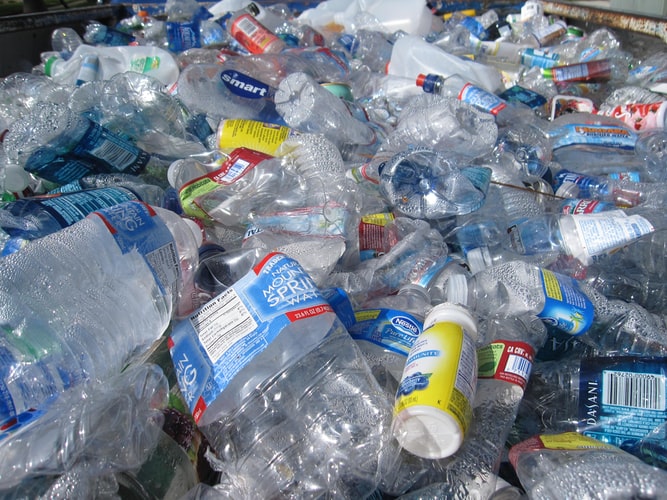 There’s a lot buried in the multitrillion-dollar social spending package currently moving through Congress. One provision under consideration that has largelyflown under the radar, is a massive tax that would *increase the cost of everyday household goods by over 25%* and *threaten tens of thousands of manufacturing jobs across America.*

In the scramble to find “revenue raisers,” the REDUCE Act – introduced earlier this year by Senator Sheldon Whitehouse (D-RI) – is now under serious consideration for inclusion in the “fast-track” reconciliation package. It would impose a massive 20 cent per pound tax on virgin plastic resin.

Let me rename the “REDUCE Act” to the “Plastic Tax.”

And what, exactly, is the Plastic Tax? On its face, it incentivizes theuse of recycled plastics, which is laudable and a goal the plasticsindustry wholeheartedly *supports*

For decades, the plastics industry has invested and continues to investbillions of dollars into new and varied recycling technologies and programsat home and abroad. Our industry is *constantly innovating*

to increase the viability of recycling plastics and using recycled plasticsin more and more products. This is quite apparent by the expressed goalsof the leading consumer brands to incorporate a significant amount ofrecycled plastic into their products.

Unfortunately, the *Plastic Tax is by its nature regressive and would be agut punch to working-class families across the country trying to make endsmeet*. American households have seen their grocery bills skyrocket inrecent months due to record levels of inflation not experienced in decades.The addition of the Plastic Tax would add insult to injury for familiesjust trying to get by because a significant amount of the basic productsthey purchase at the grocery store would be impacted by this punitive tax.

What are some of the items that ultimately would be hit by the PlasticTax? Everything from personal care products like shampoo and conditionerbottles, deodorant containers, contact lens solution bottles and many othercosmetic products. There are also condiments including ketchup and mustard,salad dressing, spices, snacks, packaged meats and produce. That’s just toname a few.

It wasn’t until after the tax proposal had been introduced thatrepresentatives of the plastics industry were even invited to discuss theramifications of the Plastic Tax. Despite some great bi-partisan successeson our issues in the last Congress, we must question why our industry isnow being singled out through punitive legislation. *Solid waste andrecycling is an issue for all industries.

The fact remains, a recycling system is only as strong as its inputs andcapacity to process those inputs. One of the biggest problems with thePlastic Tax is that there simply isn’t enough supply of recycled plasticavailable to meet even current demand, let alone once the tax kicks in.This is because there is not sufficient recycling infrastructure. Thatwould make the Plastic Tax simply unavoidable and felt by tens of thousandsof workers in the plastic supply chain down to consumers of common everyday products.

Despite the costs, could the Plastic Tax at least achieve environmentalgoals? No. It’s highly likely consumers will be forced to use alternativematerials due to increased plastic costs. Before passing a proposal likethis, *I strongly urge the consideration of the unintended environmentalconsequences.

found an organic cotton tote bag needs to be used 20,000 times to offsetits overall impact of production. That equates to daily use for 54 yearsfor a single bag.

The Plastic Tax has an expansive economic and environmental scope that
would affect every American in both the short and long term. At the very
least it deserves an open discussion involving lawmakers, environmental
groups, and industry stakeholders. Unfortunately, that has not occurred. There hasn’t been a single hearing. There hasn’t been a single witness called.
There has been no oversight by Members of Congress whose constituents could
be devastated by the size and scope of this proposal.

The massive Plastic Tax is clearly not ready for prime time.

Tony Radoszewski is President and CEO of the Plastics Industry Association(PLASTICS) and has over 40 years of experience within the plasticsindustry.

The Plastics Industry Association (PLASTICS) is the only organization thatsupports the entire plastics supply chain, representing nearly one millionworkers in the $395 billion U.S. industry. Since 1937, PLASTICS has beenworking to make its members and the industry more globally competitivewhile advancing recycling and sustainability. To learn more aboutPLASTICS’ education initiatives, industry-leading insights and events,networking opportunities and policy advocacy and the largest plastics tradeshow in the Americas, *NPE: The Plastics Show*