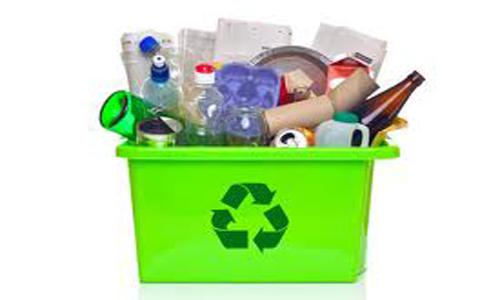 HYDERABAD: An international seminar on India’s industrial growth scope for plastic industries was held in conjunction with -14, the International Plastics  Exposition(IPLEX) at HITEX Exhibition Centre, Madhapur.

The seminar was a well balanced event of talks by people who have been in the plastics industry and a display of products , whose exhibitors came from far and wide.

Indian Centre for Plastics in the Environment(ICPE), a non-profit, independent body that works with a vision to improve the knowledge and understanding of environmental benefits of plastics showed studies that say that plastics contribute to only about 6 per cent of our municipal sold waste(MSW) in large metros. The figures is much less in smaller cities which means the other 94 per cent is made up other materials . So the issues are not of plastic disposal, but of garbage disposal and ant-littering, it says.

They also pointed out that plastics are 100 per cent recyclable where, the value of the waste in each household when separated into wet and dry, can solve many issues. It is called bin culture. Recycling is another area that needs focus besides segregation.

All kind of mixed plastics waste can be used for the consrtruction of Asphalt Road. It can be co-processed in cement kilns, as a source of energy.

They can also be converted into hydrocarbon fuel. Empty battery packs into low quality luggage and a host of other plastics can also be recylcled. India Recycles close to 4 million tons of plastic waste annually.