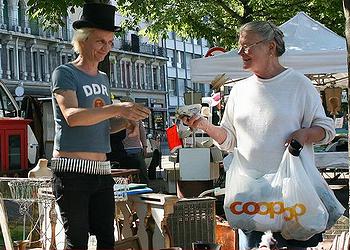 The motion to ban plastic was introduced by Dominique de Buman, a member of the lower chamber of the federal parliament (Nationalrat). However this too is true that the decision is getting huge condemnation from professionals and experts who are in the sector of plastic industry. In a press release issued by the KVS Swiss plastic industry association the industry is regretting the decision taken by the Switzerland parliament and they have decided to challenge the decision of the Government through proper legal means.

The press release was issued by the plastic association of Switzerland on 14 December and the association has said it would continue working against the unfair decision that was taken against them. In its press release the plastic association of Switzerland KVS said “This means setting off a legislative process to regulate a problem that does not exist in Switzerland. The parliament has opened up yet another area where it can patronize citizens and consumers – in this case without any recognizable benefits.”

The plastic association of the Switzerland says that the plastic bags that are going to be affected due to this decision of the Government are being issued free-of-charge in various outlets and shops and that it represents only 0.5% of the total amount of plastic consumed in the country. It is very unfortunate that the Government is taking decision that will have no negative impact to people and the country.

The association also argued that most of the plastic consumed in Switzerland is recycled and the waste management units of Switzerland ensures 99% of all plastic used in the country is already recycled or is used for thermal recovery to generate power like electricity or long-distance heating.

The association has out rightly criticized the argument given by the federal agency in which it was told that the incineration of plastic bags emit dioxins which is dangerous for the health and environment. Contrary to the perception of the federal government the plastic association of the country said “Dioxins are compounds with groups containing chlorine, while the polyethylene used to make plastic bags contains no chlorine. Therefore, no dioxin arises in incineration.”

Last Year Remained Fortunate for Many Plastics Majors: A report

Author plasticsinfomart 100
For decades, the attitude of unions and their advocates to increased automation could be summed up in one word: no. They feared that every...
Read More

Yes, 3D printing is a disruptive technology, but not for plastics processing