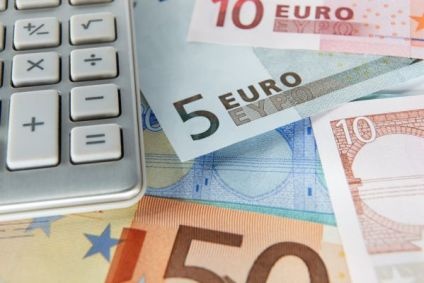 Middle Eastern producers have approached global markets this past week with price increases on PE products, as per the pricing service of ChemOrbis. Planned production shutdowns in the region for the first quarter, along with strong ethylene were cited by producer sources as reasons for the price hikes.

Earlier in the week, a source at a Middle Eastern producer reported raising their initially higher offers on LLDPE and LDPE film prices to China. The producer made an additional increase of $15/ton on their offers for January resulting in a total increase of $75/ton for LDPE film and $55/ton for LLDPE film.

The source said, “We concluded some deals at our new price levels and we plan to stay firm on our offers because we do not have inventory pressure.” The producer also raised prices to Southeast Asia. LDPE film prices were raised by $20-30/ton and LLDPE film by $10-20/ton. A producer source told ChemOrbis, “There will be several PE plants shut down in the Middle East. This should keep prices firm over the near term.”

In Turkey, a source at a Middle Eastern producer said they raised prices by $30/ton for January. He noted, “We have limited supply because we will shut two of our LLDPE lines for three to four weeks in the middle of next month.” A source at a different producer said their sell ideas for next month are $80/ton higher for LDPE film and $60/ton for LLDPE c4 film.

A trader who received higher January offers commented, “There is not much material coming from Iran because there are still delays. Plus, we hear that Iranian suppliers are more interested in offering to markets such as Russia and Azerbaijan.”

In Egypt, similar to Turkey, supply concerns helped raise PE prices this week. A major producer announced its January offers with increases of $30-130/ton. The larger increases were made on HDPE products. The market had been expecting to hear increases after offers had been raised in Asia and because of local supply issues.

On the other hand, players questioned how the country could sustain such price increases with the current poor market conditions. A trader said, “A major producer raised our offers by $50-90/ton. We expect to see some adjustments on these initial offers, but we don’t believe they will go down as much as in past months because of their maintenance plans, which will affect supply. However, the downstream situation is not supportive of these increases and we have heard that the payment terms will be reduced because of the current political turmoil.”

A converter told ChemOrbis, “We were expecting these price increases since supply is restricted, but the country’s situation has led the dollar to increase and the currency is not available to everyone. Overall the purchasing power here is weak.” Another converter concurred on the currency limitation saying, “The dollar is no longer available, prices are rising and we think many factories will not be able to handle the situation and will lose a lot.”

Germany based VEKA expands its PVC recycling unit in France

Oil above $94 amid signs of US economy improving

HDPE, LLDPE prices trade at discount to ethylene in China