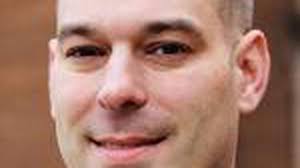 La Crosse Superintendent Dr. Aaron Engel sat down with the Tribune Editorial Board on Tuesday to talk all things education, including some hot button topics and key developments coming down the pike for the district.

Among those issues is one that has dominated the news coming out of the La Crosse Board of Education in recent months, that of the district’s School Resource Officer program.

Most recently, after originally deciding to phase police out of schools, the district pulled the plug on its contract with the department after a community member was harassed by the local police union, leading her to resign from the La Crosse County Criminal Justice Management Council.

Engel said the incident was “worrisome” for the district.

“We’re intending to establish an SRO advisory committee, which will provide an oversight role to our SRO program. So there’s some pretty obvious parallels between those two entities,” Engel said.

“Based on our SRO review, I feel very comfortable with those recommendations, and excited for the collaboration we’ve already had with the police department on how to make those a reality. Unfortunately, this most recent incident kind of makes us take a pause.

“I want to be able to ask community members to be a part of that advisory committee and do so knowing that they’re going to be safe. I can’t in good faith ask somebody to participate in that when they could be targeted for intimidation or harassment, from anyone. But when it is from an entity that represents some of our law enforcement officers, that’s particularly scary, to be honest,” Engel said.

Engel said he understands that the union in question doesn’t represent the entire police force and that they’re complex groups, but he wants safeguards put in place before the district can move forward.

“Moving forward, I just need assurances that there are things in place such that when I do ask people to be a part of an advisory committee for the SROs that they’re going to be safe from harassment and intimidation, and that if something does happen it’s going to be taken care of,” Engel said.

Students ‘on track’ During the meeting, Engel also talked about any possible education gap that students may have experienced throughout the pandemic, emphasizing though that there is some necessary leeway after a hard year.

“In a global pandemic, there is no ‘behind.’ Everybody experienced the same thing. The ‘on track’ is an arbitrary measure that we set. So I would first reframe everything as: Kids are where they’re at. And we’re happy that they’re doing well, that they’re healthy, that they’re at school, that they’re engaged. That’s the first thing,” Engel said.

“That being said, we have standards and expectations for graduation and we want kids to meet those regardless of what goes on in their life.”

The district is using its existing assessment process to track students, and Engel said that teachers have a great gauge on where students are falling behind or excelling.

“We find that many of our students are still kind of where they need to be in terms of the bench mark, but maybe some of the kids that would have been really far ahead, they’re not quite as far ahead as they might have been typically,” Engel said.

Specifically, he said the district is about 10-20% behind in proficiency.

“Which isn’t all that bad considering what we’ve gone through this year. I also expect a lot of that will be caught up quick, too,” he said.

He said he is mostly worried about special education referrals, concerned that more students who are falling behind will get placed there, a label that carries a lot of stigma and a placement that is usually a “life sentence.”

Author plasticsinfomart 87
“What we have here is a failure to communicate.” That famous line from the 1967 movie “Cool Hand Luke” starring Paul Newman describes the...
Read More