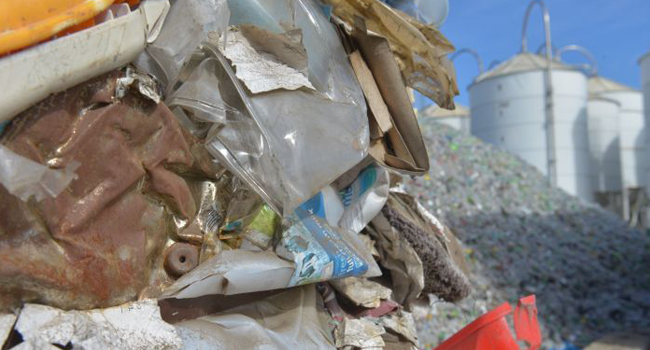 Plastics Granulating Services (PGS), based in Kilburn in Adelaide’s inner-north, said it had seen its monthly power bills increase from $80,000 to $180,000 over the past 18 months.

Managing director Stephen Scherer said the high cost of power had crippled his business of 38 years and plans for expansion, and had led to his company being placed in liquidation.

“It’s where the cash went out of the business, and without the cash, we couldn’t service what we needed to service,” he said.

“We were basically marking time, draining ourselves of cash.

“I hate to think of how many hours I’ve wasted on the AEMO website with tools to monitor spot pricing, to assess the implications of power, the trends of power and the future costs of power.

“I know way too much about power for someone who is supposed to recycle plastic.”
PGS processed domestic, low-grade waste and turned it into plastic granules, to be converted back into other industrial products like irrigation piping and flower pots.

Mr Scherer said his facility was the only recycling service of its kind left in South Australia.

“We process about 10,000 tonnes of plastic waste [and] that’s now currently turned off, so South Australia won’t be recycling 10,000 tonnes [of plastic],” he said.

“I assume that opens up a whole lot of opportunities for our neighbours in Asia.”

Den Tucker is the managing director of DM Plastics and Steel, which had been using Mr Scherer’s plastics recycling services.

Mr Tucker said he had also been trying to cope with the pressure of soaring power bills.

“The price of our power has gone through similar numbers and we employ 45 people,” he said.

“There is no solution being put forward at the present time.

“Our government is asleep at the wheel.”

SA Environment Minister Ian Hunter said it was disappointing the facility was shutting down, but he said the pain of high electricity prices was being felt across the country.

“Green Industries and Zero Waste have quite a bit of expertise in this area [and] they’ve worked with other companies and other industry sectors,” he said.

“If that help is not required then that’s up to him, but that’s the offer I can make.”

Mr Hunter said any recycled plastic due to be sent to the facility would be sent elsewhere, most likely to interstate processing plants.

“Having high power prices … is a reality,” he said.

“That’s why the Government has introduced its state plan for energy in South Australia.

“But this is a company that employs South Australians, and it’s incredibly disappointing that it’s going through this problem.”