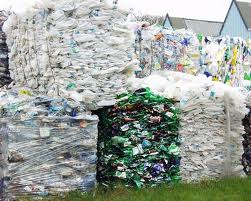 LONDON : The polymer producers around the globe reported higher quarterly profits. But the results of the full year 2012 were well below the estimates and were significantly lower than the 2011 results. We provide an analysis of the quarterly and yearly performance of a few of the Polymer majors. Saudi Arabia’s SABIC posted a net profit of SAR5.83 billion ($1.55 billion) for the fourth quarter of 2012, an 11.3% rise compared to the company’s fourth quarter results for 2011. For the full year of 2012, SABIC’s net income declined 15.5% to reach SAR24.72 billion ($6.6 billion).

LyondellBasell posted higher profits both for the fourth quarter and the full year of 2012 as strong profits from the company’s operations in the Americas helped offset the operating losses seen in their European business. The company achieved a net profit of $623 million in the fourth quarter of 2012. For the full year, LyondellBasell’s profits rose from $2.14 billion in 2011 to $2.83 billion in 2012.

Author plasticsinfomart 225
There will be more than 40 Italian companies taking part in the Italian collective organized by Amaplast – the trade association, member of CONFINDUSTRIA,...
Read More

Author plasticsinfomart 100
Procter & Gamble and General Mills are being asked, through shareholder resolutions, to fund recycling programs for their packaging waste. Advocacy group As You...
Read More