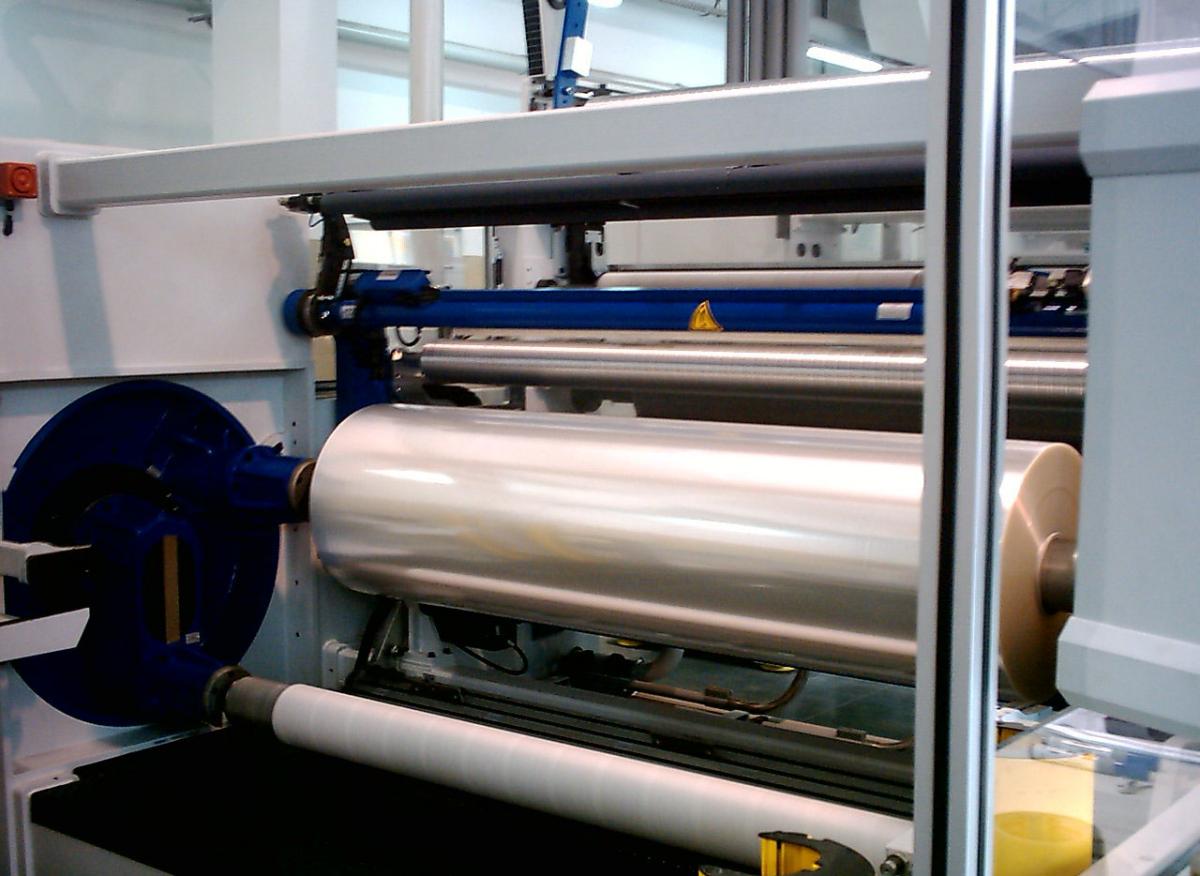 The key component of this line is the “Reitruder” twin-screw extruder that allows the processing of PET without the need for pre-crystallization and pre-drying, similar to the production of sheets. The company believes this technology offers the customer several technical advantages in addition to a cost-effective PET film production.

Due to a specialty designed rotary arm winder, it’s possible to wind both sensitive 12µm thin PET film, classical CPP film, and stiff PET film of 150µm thickness in a way that eliminates the need for slitting and rewinding for many applications. Blister films are one of the possible applications for this technology. The special cast film technology enables a thickness reduction of these films to 120μm, which is considerably below the 150μm common in polishing stack operations, the company stated.

Reifenhäuser said from a technical point of view, there is a clear trend toward coextrusion. While in the past BOPET films were often laminated with barrier films, it’s now possible for the coextrusion of these structures in a single operation. This process is already being used on the lines of Reifenhäuser cast sheet coating. Smaller line sizes, compared to those for BOPET, combined with lower performance may give the producer more flexibility. Small orders for special film thicknesses can be achieved as well as modifications for special applications.

“The many possibilities and variants to produce, for example CPP film of the same quality and with the same efficiency as obtained on conventional CPP lines, opens up new perspectives in the optimal utilization of a line,” said Michael Beckhoff, sales manager for Reifenhäuser. “To put it casually: PET with new pep.”