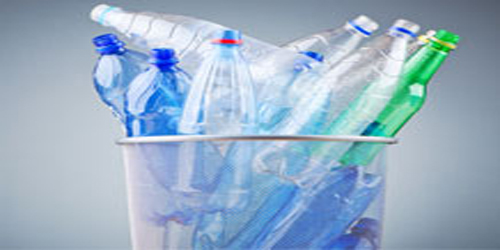 It is well known that there are two ways in which society as a whole can improve – either a stick with stringent laws, effective policing and serious punishments for default. Or, when the need for improvement comes from within – a social transformation. The Bhagwad Gita, the Vedas and the Upanashidas talk of self-realisation as the ultimate form of improvement. Sustainability comes if any act is done in spirit.

Today’s materialistic society can be divided into three broad classes when it comes to governance and industry – industry, government and consumer. Volumes have been written on the plastics waste menace with each of these pointing fingers at the other. For sustainence and in interest of future generations and the only habitable planet discovered thus far, the key players in the promotion of industry self-regulation have always been industry, government and consumer.

The roles of industry, government and consumer groups are dynamic. Each needs to adapt virtually daily on the basis of the changing face of a country’s economy. And with the urge to grow each of these three constituents have to behave responsibly while responding to competitive pressures, regulatory reform, new technologies, rampant consumerism, environmental degradation and the increasing globalisation of consumer markets.

It is important to note that industries in India are showing growing enthusiasm for initiating self-regulation to engender consumer confidence in new products and new technologies. The government should take the cue and increasingly promote self-regulatory options as part of its broader commitment to regulatory reform. If policing is what they want to do, it will only result in more corruption and red tape. NGOs, RWAs and media (social, print, digital, etc) that influence consumer groups need to actively encourage the society to embrace self-regulatory schemes to address consumer problems.

However, today all three are operating independent of each other. Their ideal role could be as follows:

Role of industry
The small scale plastics industries need to initiate a host of self-regulatory schemes for a variety of reasons; for commercial reasons, industry needs to develop schemes to win consumer confidence and boost sales. The promotion of self-regulatory schemes is also beneficial as a marketing tool to differentiate participants from competitors. Industry self-regulation can also build consumer confidence when introducing new technology to the market. The large scale plastics industry in India has to adopt their small scale buyers and support them in becoming socially responsible, adopting cleaner technologies, proper waste disposal and better working conditions for their labour. Overall development will automatically lead to better waste management outside of the factory also.

Role of government
The stable government after more than 2 decades is a blessing in disguise. It has shown commitment towards reducing bureaucracy and red tape with its ‘Minimum government, maximum governance’ slogan. It is in a good position to advise and guide industry in different ways of approaching self-regulation. Government can assist in analysing systemic problems in an industry and in facilitating the design of a self-regulatory response to address those systemic problems. Schemes need to be consolidated and integrated with the regulatory framework. European companies, and in particular the Scandinavian companies have shown tremendous care for the environment. In USA, California has led the way. These countries go way beyond international mandates in managing waste and behaving responsibly. The Government today is uniquely placed to promote international cooperation and harmonisation of self-regulatory initiatives.

Role of consumers
Consumer is the king. Revolutions across the world are a result of the local consumer (each citizen is a consumer effected by the plastics waste menace!) waking up. Consumer input is important in the development and in maintaining the relevance of self-regulation. Media can aid that. It needs to promote consumer confidence in self-regulatory schemes. With CSR becoming mandatory, media houses can take up waste management and water management as the key issues and highlight it across the country.

Strategy for waste management in general needs to be as a result of a long consultative and participatory process that involve plastics manufacturers (including retailers and recyclers), consumers and the policy maker. Government cannot act alone, and must work in partnership with local government, industry, civil society, consumers and communities. Present scenario shows that in India our government is simply shifting the cost of regulating onto industry.

The industry and government in partnership with the media need to publicise the benefits of self-regulation to consumers. There should be incentives for local resident associations and the industry to effectively self-regulate. Small is Beautiful, said E F Schumacher. The same applies to waste management. It has to be localised for it to be low cost and effective. We need solutions for India designed by Indians. Organisations abroad, will only try to dump their technologies, since they have no market left besides the developing world.

Self regulatory schemes may require higher standards. The imposed costs on businesses will be reflected in the prices charged to consumers. The consumers have to bear this in interest of their children. They need to leave a habitable planet for the next generation. As Henry David Thoreau said, “What is the use of a fine house, if you haven’t a tolerable planet to put it on?”.

In case of plastics waste management there are a variety of options for designing and promoting self-regulatory schemes and what works for the industry. This can come into place and work well only if it follows the ‘mix’ of industry/government and consumer involvement. To enable the organisations to cope with its obligations concerning consumer and industry interests, an appropriate infrastructure by the government also needs to be in place.

If the three nodes – consumer, government and industry connect to form a triangle and acknowledge their interdependence, the plastics waste menace can be meaningfully tackled.

Author plasticsinfomart 64
The Illinois Department of Commerce and Economic Opportunity (DCEO) has released an economic study highlighting the impact that the recycling industry has on the...
Read More