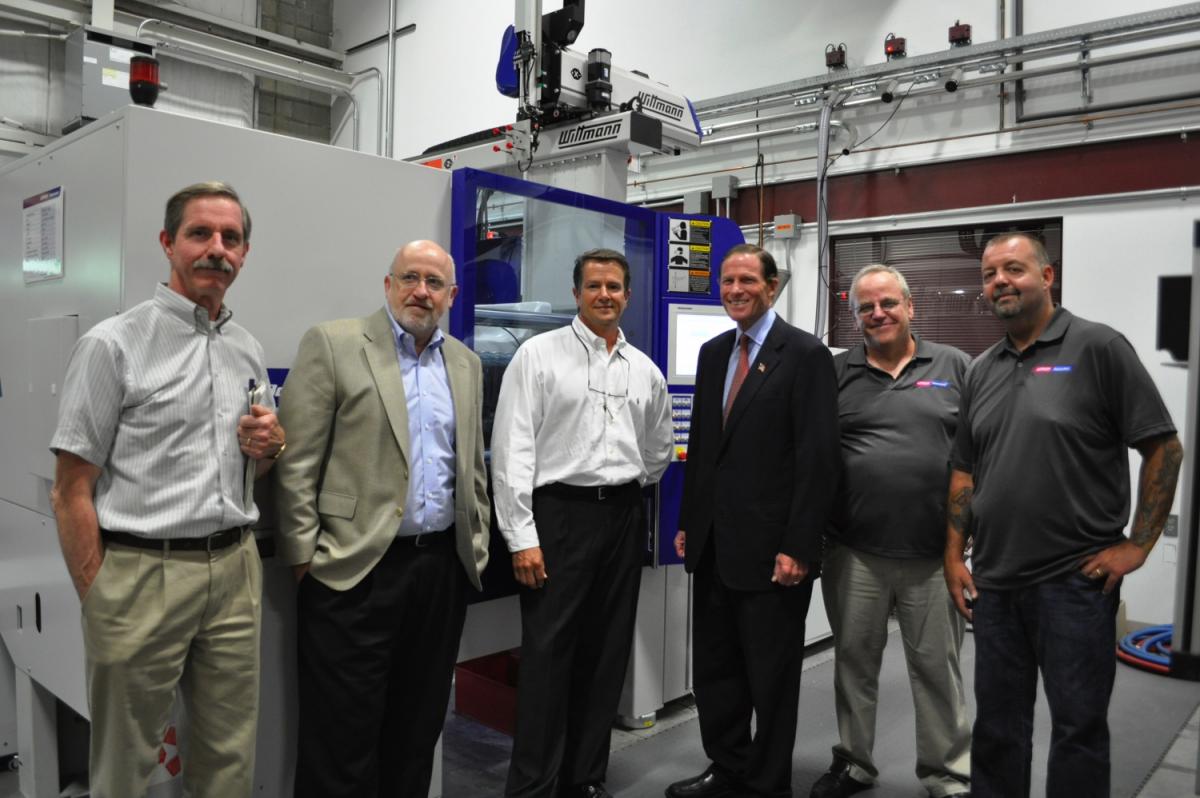 In an era of heightened political disagreement, it seems that the one issue that both Republicans and Democrats can agree upon is the importance of the U.S. manufacturing sector to the country’s economic growth. A recent report by President’s Council of Advisors on Science and Technology said that the manufacturing sector provides the “future ability of the United States to innovate and invent new products and industries, provide high quality jobs to its citizens, and ensure national security.”

The U.S. Bureau of Labor Statistics reported that the unemployment rate has decreased to 7.8%. However, September saw manufacturing employment edge down in by 16,000 on net, while manufacturing employment has been unchanged since April. At the same time, the latest ISM Report On Business stated that economic activity in the manufacturing sector expanded in September following three consecutive months of slight contraction, and that business has picked up for plastics and rubber products.

The future of the U.S. manufacturing sector is a hot political topic as this year’s presidential election has made the issue of shipping U.S. manufacturing jobs overseas a central focus. While the country is in the midst of election season, several senators have made it a priority to visit their local plastic machinery firms in recent months. Plastics auxiliary, robots and injection molding machinery manufacturer Wittmann Battenfeld recently hosted Richard Blumenthal (D-CT) at its U.S. headquarters in Torrington, CT.

Wittmann Battenfeld President David Preusse told PlasticsToday the visit came after the company held a job fair to recruit 14 more positions to keep up with its growth. The company is currently tracking a 30% increase in new bookings over last year. There has been extremely strong second quarter and beginning of third quarter growth in robot sales, but the largest growth has come on post-NPE show with molding machines, integrated IMM, robot and auxiliary packages, and central material handling systems. Projected North American sales for 2012 are $80 million.

Preusse said that the company had attended state-run job fairs before and decided that it had enough job openings to run one on their own. As a result of the job fair, the company was able to hire about six new positions. “Our U.S. plastics market has favorable conditions this past two years with post-recession pent up demand, huge resurgence of the U.S. automotive market and consumer confidence replacement of very aged machinery, new model technology features, new plastics product launches, cheap money, and used equipment auctions running inventories down to risky equipment,” he said. “Our own success is fueled by customer confidence in our services, innovative products, and our U.S. market commitments.”

Sen. Blumenthal’s office contacted Wittmann Battenfeld to get around the state and build an understanding of what is going on, Preusse said. At the tour, he was given a detailed overview of Wittmann Battenfeld’s operations and briefed on their consistent job growth as a Connecticut manufacturer. Blumenthal collaborated with Wittmann Battenfeld on potential ways in which his office could further assist their growth, including plant expansion, a new CRM system, a VOIP phone system, and improvement of their national service network.

“The senator did ask how he could help us,” Preusse said. “He said in his travels he recognized most technical manufacturing companies, as Wittmann Battenfeld, have some challenges recruiting technical skilled workers, and he hopes the state can support that endeavor in the education sectors.” “Colleges are producing a zillion kids with degrees and huge college debts, and now are seeing opportunities in manufacturing and technical sales jobs that they had not considered when leaving high school,” Preusse continued.

Over in Worcester, MA, Sen. Scott Brown (R-MA) visited the headquarters of Absolute Machinery, Absolute HAITIAN and Absolute Green Energy. Absolute Machinery President Nate Smith said that the senator was looking for a success story and that the company was chosen from more than 500 different companies in the area as the site for a visit. Brown toured the company’s two manufacturing and warehouse facilities prior to speaking to company associates and invited guests.

He was accompanied by Worcester City Councilor and former Democratic mayor Konstantina Lukes. More than 30 companies, many of whom are Absolute’s suppliers and vendors, listened to their speeches. In their comments, both Brown and Lukes emphasized the need for a willingness to work together to support manufacturing and job growth in the region, according to the company. Mike Ortolano, VP of Absolute Machinery, said his company was excited to be able to spend some time with Sen. Brown “to discuss the current challenges that we, as small business owners, face on a daily basis.”

The presentation took place in Absolute’s technical center, where a Haitian Mars 1200 injection molding machine was in operation making parts. “Sen. Brown was fascinated by the injection molding process,” Smith said. “It was a good opportunity to show him what it really takes for manufacturing to get things done.” Preusse said like most hard working Americans, he’s “frustrated with Washington and what happened to the foundations laid by our country’s founding fathers.”

“Our plastics industry is burdened on the global scale with tough variables to compete with lower cost countries,” he said. “One example is frivolous law suits, another is taxation, but I am still proud where our country can and does compete, and despite the pessimism filling the airwaves, we can see economic strength here and even some plastics molding work returning.”