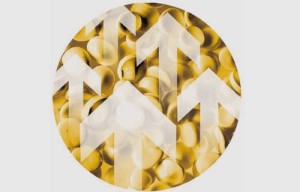 The price of plastic pipes has risen after the government banned suppliers from selling unmarked substandard pipes.

A spot check in the market shows cost of plumbing has gone up in the last two months with hardware stores now selling the new half-inch polypropylene (PPR) with threads at Sh700, up from Sh600, while the one-inch diametre pipes rose to Sh800 from Sh700.

The one-month notice said all pipes must bear identification marks and specifications as proof of quality and source.

Nakuru-based hardware store operator Maina Mutiga said unscrupulous plumbers were taking advantage of their clients to recommend the poor quality plastic pipes imported from a regional manufacturer instead of pipes with threads.

These pipes needed to be welded with a special burner to be enjoined and caused a lot of leakages that threatened the stability of structures.

The order effective August saw many hardware stores withdraw the unmarked pipes while Kebs has raided shops and seized the substandard ones to safeguard consumer interests.

“Importers, manufacturers, hardware shops and the general public are warned that importing, manufacturing and selling plastic piping and fittings made from polypropylene, polyethylene, unplasticised polyvinyl chloride, PPR and HDPE must ensure the same is marked for ease of identification” said Mr Ongwae in a statement.

The Kebs warned that it would prosecute dealers in substandard pipes to ensure Kenyans got value for their money.

The Kebs said it was concerned that some PVC pipes that do not have identification marks were in the market adversely affecting sales of genuine products.

Mr Ongwae said any plastic pipe found to be substandard would be traced back to the manufacturers for necessary punitive action and in case a firm continued offending, it risk having their operations halted.

“All importers, manufacturers, hardware shops and the general public are warned that possessing for sale any unmarked plastic pipes and fittings shall have the same seized for destruction and such dealers prosecuted where they risked being fined a minimum of Sh100,000 per count,” he said.