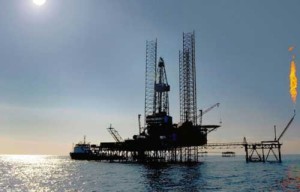 In early October, European polyolefin prices edged higher on the back of rising upstream costs while styrenics and PET prices continued on a downward path.

Rising crude oil and naphtha costs contributed to an increase in October contract prices for ethylene and propylene.

Ethylene costs increased by €15 (£13)/tonne with propylene rising by €35 (£31)/tonne. Propylene supply was restricted by a number of plant maintenance turnarounds but availability improved late September. The October styrene monomer reference price fell by €50 (£44)/tonne due to good availability and a fall in benzene costs.

Polyolefin producers aimed to at least increase prices in line with the rise in their cost base. However, in early trading polyethylene prices edged around €10 (£9)/tonne higher against a backdrop of good availability and lower than expected demand. Polypropylene prices, on the other hand, matched the €35 (£31)/tonne rise in feedstock costs.

Polystyrene producers aimed to pocket a proportion of the cost relief to improve their margins. PVC base material prices remained unchanged but PVC compounds saw small gains due mainly to rising additive costs. PET prices continued on a downward trend due to over-supply and lower seasonal sales.

The latest supply-related developments are summarised below:

• The Rafnes, Norway cracker of Ineos went offline 9 October following a fire that broke out in a compressor. It was not immediately clear when the cracker will go back on stream or if production at downstream polymerisation facilities had been affected.

• Borealis declared force majeure at its 300,000 tonnes/year PP unit at Kallo, Belgium on 15 September following a power outage at the site

• Ineos continued a four-week planned maintenance at its 235,000 tonnes/year polypropylene plant in Grangemouth, Scotland, which began in the first half of September.

• Ineos Styrolution shut its PS plant in Antwerp, Belgium, on 30 August due to an electrical failure. The plant was fully restarted 15 September.

• Vinnolit announced force majeure for S-PVC produced at its site in Knapsack, Germany, on 29 September.

• The bankruptcy of South Korean shipping company Hanjin Shipping late September meant that plastic imports from Asia were stuck at sea, and the goods unable to reach their destination.

In September, polyolefin demand was slow to recover following the summer holidays as converters appeared to be working from inventories. Polyolefin demand started to pick up into October while polystyrene order intake was quite lively as buyers took advantage of the lower prices on offer. PVC demand was also disappointing after the holiday period had ended and order intake continued at a slow pace early October. PET demand was boosted by the warm summer weather in southern Europe in September, but sales were slightly lower last month, as would normally be expected at the start of the autumn season.

Should crude oil costs continue to rise during October, then petrochemical feedstock costs are likely to follow suit. In generally balanced polymer markets, November prices are likely to move in line with the cost base.

646799 236411I just couldnt go away your web site before suggesting that I really enjoyed the normal info an individual provide on your visitors? Is gonna be back regularly as a way to inspect new posts. 973711

589369 77260Thank you, Ive just been looking for data about this subject for a even though and yours could be the greatest Ive discovered till now. But, what in regards to the conclusion? Are you confident concerning the supply? 571471

956193 892330Aw, this was an exceptionally good post. In concept I would like to place in writing such as this moreover – spending time and actual effort to create a superb article but so what can I say I procrastinate alot by way of no indicates uncover a strategy to go completed. 81432

Hello, recognition you looking for information! I repost in Facebook

Hello, tender thanks you in spite of tidings! over counter viagra walgreens http://viapwronline.com I repost in Facebook.
viagra substitute

Hello, jolly-boat thanks you http://cialisxtl.com in look upon to facts! samples of cialis
how long for viagra to take effect

This is a to a great extent respected post. Thanks quest of posting this.

This is a very signal post. Thanks as a service to posting this.

This is a very signal post. Thanks instead of posting this.

725433 401898This really is a extremely exciting write-up, Im seeking for this know how. So you understand I established your internet web site when I was looking for internet sites like my own, so please look at my web site someday and post me a opinion to let me know how you feel. 718274

Appreciate it for helping out, great info. “The four stages of man are infancy, childhood, adolescence, and obsolescence.” by Bruce Barton.

Cialis cialis without a doctor’s prescription cialis vs viagra effectiveness