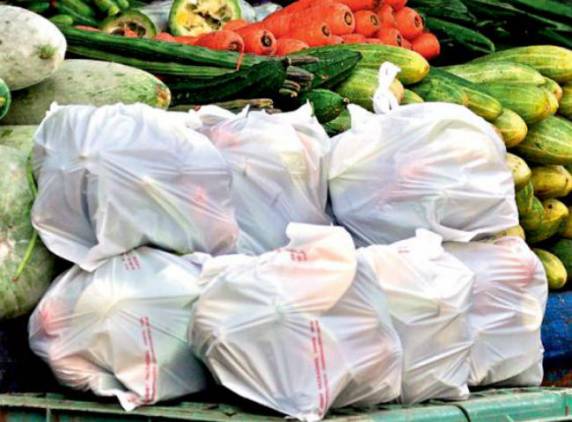 All India Plastic Industries Association said it will approach the Delhi High Court to fight against the plastic ban in the state as thousands will be left jobless.

The Delhi government has imposed a blanket ban on plastic from November 22. The ban restricts people from manufacturing, importing, storing, selling or transporting plastic bags in the national capital territory. Ravi K Aggarwal, chairperson of AIPIA, said the ban would leave thousands of people working in plastic manufacturing factories without any mean of livelihood. “The threat proposed to the environment because of plastics has been over-hyped. Plastic is not harmful if it is recycled properly,” he said.

AIPIA had previously approached the High Court when the draft notification on plastic ban was circulated. “Since the draft has been finalised, we will go to the High Court to fight again,” said Agarwal. A K Agarwal from the All India Plastics Manufacturing Association echoed similar views. “Getting into the plastic business is the easiest. A minimum of two to three lakh people will be adversely affected because of this ban. Also, there are not many alternatives for plastic bags because of which the ban has failed in several cities, including Delhi,” he said. Agarwal added that plastic waste accounts for only four to five per cent of the total waste created in the city, where 80 per cent of the waste comprises construction debris.

According to the government’s directions, all kinds of plastic bags — even those used to cover magazines, books, invitation cards and used as garbage bags — will not be allowed. Government statistics state that nearly14 million households use plastic bags in the city and each household uses five to six plastic carry bags a day. The government has decided to promote alternatives such as jute, cloth and recycled paper bags. To ensure implementation of the ban, the government will fine shopkeepers if they are found selling plastic bags but households will be spared for a while.

Environmentalists welcome the plastic ban in Delhi but argue that this will not solve the problem of plastic pollution in the city. “We need to have an effective ban to ensure that plastic bags phase out. However, the major concern is whether the government has spoken to various stakeholders involved. Good awareness campaign and specific strategies will help in making this a demand-driven campaign,” said Rajiv Betne, senior programme coordinator of NGO Toxics Link.

According to the NGO’s estimates, nearly 2.5 lakh tonnes of plastic waste is generated every year in Delhi.

Asian styrene and ethylene markets continue to firm up

Author plasticsinfomart 134
With its stock down 14% over the past three months, it is easy to disregard Donpon Precision (GTSM:3290). But if you pay close attention,...
Read More