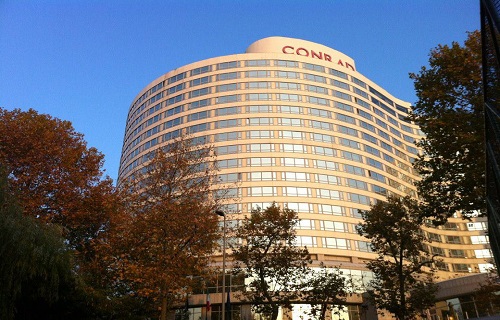 ChemOrbis’ 4th Turkey Petrochemical Conference was held at the Conrad Hotel in Istanbul, Turkey on September 3, 2015, with more than 150 companies participating.

The morning session started with a presentation from Mr. Alex Lidback, Vice President of Chemical Research and Global Practice lead for Chemicals at WoodMackenzie, entitled “What is the favored chemical feedstock and why?” Mr. Lidback’s presentation discussed the fact that when crude was above $100/barrel, investments in crackers using alternative feedstocks such as coal and ethane became increasingly attractive, but in 2015, with crude oil below the $50/barrel threshold, these investments have become relatively less attractive.

Dr. Serdar Altay, Director of Sectoral and Strategic Analysis at the Investment Support and Promotion Agency of Turkey (ISPAT), highlighted the possible impact of the TTIP (Transatlantic Trade and Investment Partnership) between the US and the European Union at ChemOrbis’ 4th Turkey Petrochemical Conference. According to Mr. Altay, the impacts need to be assessed by taking the differences in economic developments and trade structures of both sides into consideration.

Mr. David Lines, from Nexant Inc. UK., Principal, Energy, & Chemical Advisory discussed the changes in competitiveness of the Middle East compared to other regions like China and the US now that they have also started to enjoy advantaged feedstocks. Mr. David Lines also questioned where the Middle East would divert its exports after the start-up of new PP capacities in China, a country set to be a self-sufficient PP producer by 2020.

Kambiz Mirkarimi, Commercial and Executive Manager of Jam Polypropylene Company, touched upon the fact that Iran is preparing for the post-sanctions period with new production capacities and targets to improve its trading activities. “Iran is planning to increase its share of the world’s PE capacity to 6.7% by 2022 following the start up of new capacities totaling almost 3 million tons per year. For PP, Iran is expected to launch 750,000 tons/year of new capacities by 2017, and aims to bring its share of global PP production to 2.3% by 2017 from 2% in 2012 and to 7.7% by 2022,” he highlighted.

The owner of CA-SH, Stephen Harriman’s presentation centered on the prospects of the European vinyls business. According to him, the PVC industry is going through a hard time with Europe seeing a reduction in capacity and China experiencing an over-investment issue.