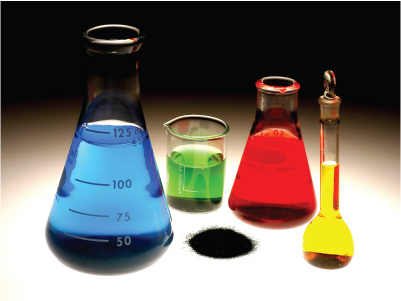 Although March quarter results show continued signs of improvement in the US, a soft operating environment in Europe continues to weigh on the companies in the chemicals space. High input costs, weaknesses across some key end-markets (such as construction and electronics) and the European sovereign debt crisis remain the major impediments to growth.

While the US economy has still not reached a robust growth phase and Western Europe remains crippled with debt issues, the chemical industry is well placed to reap the benefits of the emerging market tailwind in 2012, with Asia holding the magic wand for growth.

Chemicals are generally used to make a number of consumer goods and are also used in the agriculture, manufacturing, construction, and service industries. In fact, the chemical industry itself consumes 26% of its own output. Major industrial consumers include rubber and plastic, textiles, apparel, petroleum refining, pulp and paper, and primary metals.

The chemical industry, a nearly $3 trillion global business, has grown at a brisk pace for more than five decades. The fastest growing areas have involved the manufacture of synthetic organic polymers used as plastics, fibers and elastomers. The chemical industry is mainly concentrated in three areas of the world: Western Europe, North America and Japan. Europe is the largest producer, followed by the US and Japan.

The US chemical industry represents roughly 19% of the global chemicals output and employs more than 800,000 people. It is responsible for 10% of the nation’s merchandise exports, aggregating $145 billion annually. Roughly 5.5 million additional jobs are backed by the purchasing activity of the chemical industry. The chemical industry, by nature, is cyclical and heavily linked to the overall condition of the US economy.

According to chemical giant BASF SE (BASFY), global chemical production (excluding pharmaceuticals) rose 4.8% in 2011, backed by healthy demand from major industries. In the EU, chemical production edged up 1.6% while declining 3.1% in Japan, hurt by the March 2011 quake.

The sluggish economy took a toll on growth in the US as the nation’s chemical production grew a nominal 2.1% in 2011. South America and Asia (excluding Japan) witnessed growth of 4.7% and 11.1%, respectively. Growth in Asia was led by strong contributions from China.

There are 170 major chemical companies in the US operating internationally with more than 2,800 facilities abroad. The chemical industry is among the biggest industries in the US, a roughly $720 billion enterprise, accounting for 26% of the nation’s GDP.

According to the American Chemistry Council (“ACC”), the Chemical Production Regional Index (CPRI), crept up 0.1% in March 2012, following a revised 1% gain in February. Results were mixed in different regions, with gains clocked across the Gulf Coast, Midwest, Ohio Valley and Southeast regions while production dipped in Mid-Atlantic and West Coast and was flat in the Northeast.

Output from the US manufacturing sector, the largest consumer of chemical products, nudged up 0.6% in March 2012, following a 1.1% gain a month ago. Output in several key chemistry end-use markets rose, including structural panels, plastic products, computers, motor vehicles, aerospace, machinery and construction supplies.

Compared to March 2011, total chemical production across the board rose 1.3% and was ahead in all regions. The year-over-year comparisons improved in several regions, including the Gulf Coast, Ohio Valley and the Southeast.

The chemical industry uses oil, naphtha and natural gas as energy and feedstock inputs. Oil prices remain high despite the sub-par growth outlook for the global economy, largely owing to geostrategic reasons. BASF report states that the price of Brent crude oil rose sharply in 2011 (averaging at $110 a barrel), stirred by the combined impact of strong demand and political unrest in the Middle East and North Africa.

Price of the other key raw material, naphtha, averaged at $930 per metric ton in 2011, a more than 30% year-over-year surge. Naphtha prices are also expected to remain elevated relative to last year’s levels. The only bright spot for the industry on the feedstock front is natural gas. In fact, the price of natural gas has dropped to its lowest level in over a decade.

Over the past five years, the US natural gas markets have seen a dynamic shift due to the emergence of a new source of energy, shale gas, which exists in large quantities with sources close to many big energy-intensive cities. Shale gas is not only desirable for environmental reasons, given its low carbon footprint relative to oil or coal, but is at the same time cost effective.

For 2012, the outlook for the global chemical industry is balanced, as the US and European Union continue to contend with soft local economies and debt constraints, while the emerging markets are expected to show more rapid growth in output.

The ACC foresees moderate production growth this year followed by a stronger recovery in 2013. National chemical output is expected to slow to 1.6% in 2012 from 3.8% a year ago, and then rise to 2.1% in 2013. A rebound across most of the key end-use markets is helping to maintain the industry’s contribution to the nation’s economic growth.

The chemicals outlook indicates moderate growth over the next few years, depending on certain factors including strengthening domestic demand and an improvement in overseas exports. Exports climbed nearly 11% to $189 billion last year and are projected to surpass $230 billion in 2014.

While the US economy is not headed towards another recession, the sovereign debt plight in Europe coupled with other economic factors poses downside risks to the US economic outlook.

The ACC projects weaker growth in the European chemicals output than its earlier forecast in 2012, in part, due to increased uncertainty. Most of last year’s output growth took place in the first quarter after a strong demand recovery with double-digit growth witnessed in 2010.

While developed economies, restrained by debt and stricter fiscal policies, are likely to increase chemical production at a modest pace, a more rapid growth in output from the emerging markets is expected in 2012.

Asia and other emerging markets are expected to continue to lead in volume increases with the most significant gains coming from China and India. The ACC also envision China to overtake the US as the largest market for chemicals. Chemical makers in the emerging markets are expected to deliver a 6.2% production increase in 2012 followed by 7.5% in 2013.

A string of factors are driving growth in the export markets including favorable energy costs stemming from the abundance of shale gas and strong demand from the emerging markets. Affordable natural gas and ethane (derived from shale gas) offer US producers a compelling cost advantage over their global counterparts who use a more expensive, oil-based feedstock.

Mergers and acquisitions offer chemical companies another means to shore up growth in this difficult scenario. These companies remain focused on exploring growth opportunities in the fast-growing emerging markets, particularly the lucrative regions of Asia-Pacific and Latin America such as China and Brazil.

A major deal in this space was last year’s acquisition of Danisco by EI DuPont de Nemours & Co (DD) for $6.3 billion. The acquisition strengthened the company’s presence in the food ingredient and enzyme markets, and expanded its presence in industrial biotechnology and biofuels.

The deal synced well with DuPont’s strategy to expand beyond its chemical and manufacturing focus into the “megatrend” sectors of agribusiness and alternative energy. Both industries are expected to grow rapidly in the coming years as food demand and prices increase and clean energy policies gain more ground.

Some of the key end-markets for chemical products are on an uptrend. This has been manifested by the recent earnings reports of leading chemical players. DuPont, for example, logged a double-digit surge in sales riding on higher sales volume in the Agriculture segment. Danisco contributed to higher profit in the quarter.

Despite softness in the consumer electronics segment, the company is poised for growth on the heels of strong momentum in agriculture and food businesses. On the cost-saving front, DuPont remains on track to achieve its fixed cost productivity targets of $1 billion by 2012.

The other chemical titan, The Dow Chemical Company (DOW), is delivering cost synergies from the Rohm & Haas acquisition and is targeting synergy capture of $2 billion by the end of 2012. Dow is also benefiting from strong fundamentals in agriculture and food markets. It believes economic recovery will gain momentum in the second quarter and through the remainder of 2012.

Moreover, Dow sees an improving US economy citing tailwind from the nation’s rich access to low-cost natural gas. Despite challenges in Europe faced by both DuPont and Dow, our firm is optimistic about the long-term prospects of these two industry behemoths.

Eastman Chemical Company (EMN) is expected to benefit from the acquisition of Solutia (expected to close in mid-2012). Higher selling prices contributed to revenue growth in the March quarter. The company’s diversified chemical portfolio, along with its integrated and diverse downstream businesses, is driving earnings. The company benefits from business restructuring and cost-cutting measures as well as increased capacity additions.

Our firm also holds a favorable view on Celanese Corp. (CE) despite the challenges it faces in Europe. The company’s profit shot up 29% in the March quarter on higher volumes and pricing in its acetyl intermediates and industrial specialties businesses. We like the company’s initiatives to improve margins and profits by running its plants better and controlling expenses, which should yield results through the rest of 2012.

The global nature of the industry puts competitive issues into sharp focus. The US producers have responded to competitive pressures by streamlining operations, relocating manufacturing facilities to low-cost regions closer to end-markets, and being overall more nimble and flexible in responding to market opportunities. And it is not always easy to pull this off.

Commodity price hikes, though subsiding lately, is adding to feedstock costs for many of these producers. Their ability to pass these costs on to end consumers is not always easy, given the competitive pressures at play. As a result, margins for a number of producers will continue to be under pressure.

Given the industry’s sensitivity to the global economy, any negative current in the macro economy would be reflected in the prospects of the chemical companies. The turmoil in Europe and its impact on global growth remain sources of near-term uncertainty. Western Europe continues to pose challenges on chemical stocks due to weak demand (particularly in the construction industry) and the lingering impact of debt crisis.

Moreover, the US housing sector remains a weak end-market. The domestic housing sector, a key consumer of chemicals, is likely to remain soft through 2012. Weakness in the electronics and construction end-markets may weigh on the June quarter results.

Chemical makers are also exposed to several regulatory hurdles and compliance issues. The US Environmental Protection Agency (EPA), for example, has proposed a new mandate which could enforce more stringent hazardous air pollutant emissions limitation on boiler operators. Based on EPA’s estimate, compliance with these rules would cost these operators billions of dollars annually, even leading to mill closures.