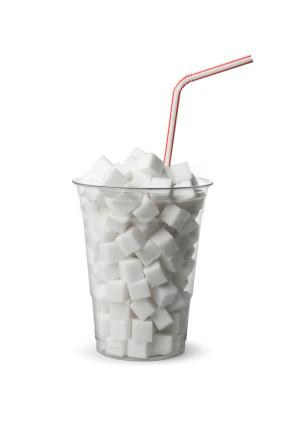 A June 12 CBS/AP story reports that New York City Mayor Michael Bloomberg’s “proposal to ban sugary drinks larger than 16 ounces from New York City eateries, street carts, and stadiums is moving forward. The proposal is scheduled to be formally submitted to the city’s board of health Tuesday morning [June 12]. The board is expected to hold a series of public hearings during a 90-day comment period.”

The proposed ban, says the article, applies to sweetened beverages containing more than 25 calories per 8 oz. “The ban would apply to bottled beverages, fountain sodas, and restaurants and venues that don’t comply can face a $200 fine.”  Whatever your take on this, an important question is what impact this potential ban might have on packaging. One perspective comes from Datamonitor, a provider of global business information.

“The war against obesity may someday claim a new victim—supersized soft drink packaging—if the mayor of New York City, Michael Bloomberg, has anything to say about it,” says Datamonitor. “Mayor Bloomberg’s proposed ban on the sale of large size sodas and other sugary drinks sold primarily through foodservice outlets is likely to turn up the heat on marketers of packaged soft drinks.

“And while the measure does not directly impact packaged beverages sold through grocery stores, the ban (which could become law as soon as March of 2013) may nudge packaged beverage makers to begin reigning in package sizes. “While packaged beverage sellers can breathe a sigh of relief for now, it may be only a matter of time before new regulations take aim at them.

Energy drinks in particular could be vulnerable as so-called ‘supersized’ can packaging has become a fixture in this market thanks to the success of brands like Monster, which is sold in 24-oz (710-mL) cans, among other package sizes.”  Says Tom Vierhile, Datamonitor’s innovation insights director, “If requirements for reduced size packaging penetrate the single-serve, packaged beverage market, we could see renewed emphasis on ‘shot’-type beverages (including energizers) as well as smaller package sizes of carbonated soft drinks.”

He notes, “There has already been a lot of launch activity from companies like PepsiCo and Coca-Cola in smaller packaging sizes like 7.5-oz (222-mL) soft drink cans in eight-count multipacks. The threat of new legislation could make an even stronger case for these so-called ‘half cans.’”

Datamonitor’s press release says energy shots could be a winner. “The beverage shot concept is beginning to expand beyond energy drinks into other types of drinks including health drinks and dairy beverages,” says Vierhile.

The information provider says, “While Mayor Bloomberg’s legislation is controversial to say the least, the beverage industry may have given him an opening to try to manage the problem of obesity through legislation. According to a 2011 global consumer survey from Datamonitor, just 30.5% of U.S. consumers agree that the food and beverage industry is working to improve product nutrition and combat obesity. Globally, just 33.7% of consumers feel the same way, indicating considerable room for improvement.

“Beverages that are exempt from the proposed regulation include dairy-based drinks, fruit juices, diet soft drinks and alcohol beverages. The proposed law does not regulate packaged beverages sold in grocery or convenience stores.”