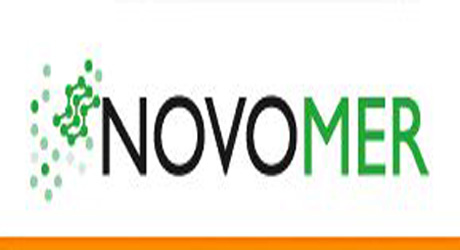 WALTHAM, Mass., March 27, 2014 – Novomer Inc., a sustainable materials company pioneering a family of high-performance polymers and other chemicals from renewable feedstocks such as carbon dioxide (CO2), has announced several key personnel appointments as part of its focused development and commercialization of a family of high-performance, sustainable polycarbonate polyols for polyurethane applications.

Based in Ithaca, N.Y., Nagridge will be responsible for the direction and management of Novomer’s application development team. He has nearly 25 years of experience in the chemical industry and most recently worked at Israel Chemicals Ltd., Industrial Products, as Global Support Manager for polyurethanes, responsible for technical service and market support for ICL’s flame retardants business. Previously, Nagridge served in Recticel’s urethane performance polymers business and with BASF in their polystyrene and polyurethane systems businesses.

Prior to joining Novomer, Willkomm was a consultant to the polyurethane industry; president of Kryptane Systems; Tool and Molding division president of Intrex Corp.; and held various research and marketing positions at Dow Chemical. He has 30 years of experience in the polyurethane industry, including rigid and flexible foams, elastomers, adhesives, and polyurethane dispersions. Willkomm holds a B.S. in Chemical Engineering and Chemistry from Carnegie Mellon University, and a Ph.D. in Chemical Engineering from the University of Minnesota.

Waddington began his career as a chemist in the polyurethane coatings industry and then moved to Switzerland in 1989 to join Dow Europe (Polyurethanes) as a Technical Service and Development Engineer for flexible foams. This was followed by various technical roles within Dow for the CASE market before he transitioned to a commercial function responsible for the marketing of Dow`s polyurethane raw materials and systems for CASE applications.

Waddington spent two years as Marketing Manager for the slabstock foam market before returning to the CASE market as a Business Development Manager. He graduated from London’s Brunel University in 1986 with a BSc. (Hons.) in Material Science and Polymer Chemistry.

About Novomer Inc.
Novomer is a leading materials company commercializing a family of low-cost, high-performance, sustainable polymers and other chemicals. Novomer’s ground-breaking catalyst technology allows carbon dioxide and other renewable feedstocks to be cost-effectively transformed into chemical products for a wide variety of industrial markets. For more information, visit www.novomer.com.

Axens, Total and IFPEN launch Atol™, an Innovative Technology for Bio-Ethylene Production Through Dehydration of Bio-Ethanol

Author plasticsinfomart 78
These days, we can find microcapsules in almost every industrial sector, where they take numerous roles. However, dispensing these fragile materials can be a...
Read More