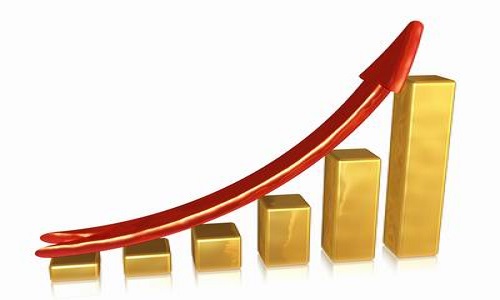 Several Middle Eastern producers have announced their new August PP and PE prices to Southeast Asia with increases of around $10-20/ton from July, attributing their price increases to firm global trends, limited supplies as well as strong ethylene costs as per the pricing service of ChemOrbis.

A Saudi producer reported that they raised their HDPE  film, homo-PP and BOPP prices by $10/ton to the regional markets while lifting PP block copolymer and LLDPE  film prices by $20/ton when compared to their July levels.

A source from the producer commented, “We have a smaller allocation for August due to some production issues at our HDPE film line. Plus, our PP block copolymer stock level is also not that high. Demand is not very strong and we think that our offers are at reasonable levels.”

Another producer based in the Middle East also announced increases of $20/ton on their new August PE prices in Southeast Asia. A producer source stated, “We still have sufficient supplies, however, overall supply from the Middle East is limited nowadays as most producers are running their plants at lower rates due to high upstream costs as well as discouraging demand.” The source added that they expect to see a firm trend over the near term as demand has started to show signs of improvement.

According to an Indonesian trader, a Saudi Arabian producer lifted their August HDPE and LLDPE prices to Indonesia by $20/ton from July. “The producer raised their prices owing to their limited allocation for these two products,” the trader said. He added, “We are planning to offer at lower prices to Indonesia when compared to other regional markets  as most buyers in the country will be away from the market during the upcoming Eid holiday.”

Another trader based in Vietnam also reported receiving new August HDPE and LLDPE film offers from the same Saudi producer with $20/ton increases from July. The trader commented, “We feel that we can still obtain a $15/ton discount after negotiations if we decide to purchase this Saudi material. We find this level reasonable.”

An agent of a Saudi Arabian producer revealed their new homo-PP raffia and injection prices for August to Southeast Asian markets with increases of $20/ton from July. The trader commented, “Market activity has slowed down due to the approaching Eid holiday. However, we feel that supply for copolymer grades, especially for random copolymers, is short in China, which we believe will support a firm trend in the PP market.”

A trader based in Singapore reported that they received new August offers from Middle Eastern suppliers with $10-20/ton hikes from July. He commented, “Demand is not good nowadays as buyers are showing resistance to higher levels while Indonesia and Malaysia are readying to enter Hari Raya holidays next week. The situation in China is also not encouraging in the face of high ethylene costs as well as limited supplies from the Middle East.”

Meanwhile, a Malaysian converter in the packaging sector reported that they received new HDPE and LLDPE offers for August shipments from a Middle Eastern producer with a $20/ton increase from the previous month. He stated, “We found our Middle Eastern supplier’s new levels to be too high to accept. We are planning to secure our needs from the local market.”

A second converter in Vietnam also said, “We received higher HDPE and LLDPE offers from various Middle Eastern sources. We are struggling to make a profit this year as demand for our end products is not that strong while our raw material costs keep increasing. In order to decide our next move, we are planning to wait for further announcements from the Middle East.”

Apart from these August announcements from the Middle East, two Southeast Asian producers also revealed their new offers for the coming month to the regional markets. One of them increased their new August prices by $50/ton for homo-PP, by $30-40/ton for PP block copolymer, by $20-30/ton for PP random copolymer, by $10-20/ton for LLDPE film, by $10-30/ton for HDPE film and by $20/ton for LDPE film when compared to July. A source from the producer stated, “We raised our offers in line with firm global trends as well as our supply situation.

Our homo-PP stocks have been tight recently as we have focused mostly on producing PP copolymers, which we are able to sell with a better netback, especially in China, where copolymer supply is limited by upcoming maintenance shutdowns. Plus, it is now a high season for PP copolymer demand in China.”

According to ChemOrbis, a trader stated that the other Southeast Asian producer increased their PP and PE prices to region by $10/ton for homo-PP and by $10-20/ton for LDPE film when compared to last month. The trader commented, “Although demand in the region is not that strong, LDPE film prices are continuing to increase as supply for this product is limited nowadays. We are able to conclude deals only with our regular customers.”

Author plasticsinfomart 72
Oil rose to nearly $50 a barrel on Thursday but gains were limited as mixed data from the United States and China reminded investors...
Read More