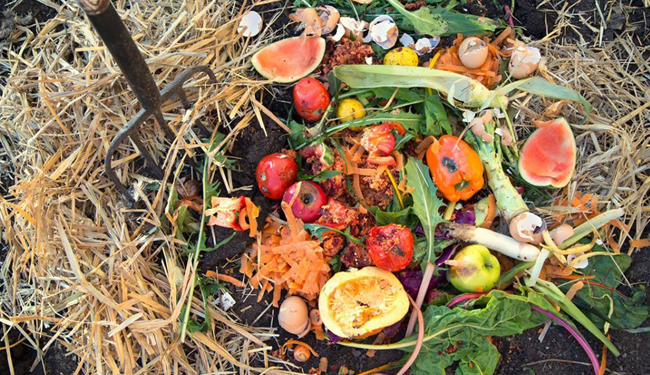 Composting waste is heralded as being good for the environment. But it turns out that compost collected from homes and grocery stores is a previously unknown source of microplastic pollution, a new study April 4 in Science Advances reports.

This plastic gets spread over fields, where it may be eaten by worms and enter the food web, make its way into waterways or perhaps break down further and become airborne, says Christian Laforsch, an ecologist at the University of Bayreuth in Germany. Once the plastic is spread across fields, “we don’t know its fate,” he says.

That fate and the effects of plastic pollution on land and in freshwater has received little research attention compared with marine plastic pollution, says ecologist Chelsea Rochman of the University of Toronto. Ocean microplastics have gained notoriety thanks in part to coverage of the floating hulk of debris called the great Pacific garbage patch (SN Online: 3/22/18).

But current evidence suggests that plastic pollution is as prevalent in land and freshwater ecosystems as it is in the oceans, where it’s found “from the equator to the poles,” says Rochman, author of a separate commentary on the state of plastic pollution research published in the April 6 Science. Plastic “is seen in the high Arctic, where we suspect it comes down in rain. We know it’s in drinking water, in our seafood and spread on our agricultural fields,” she says.

Laforsch and his colleagues looked at several different kinds of biowaste that’s composted and spread on farmland in Germany, including household compost and grass clippings, supermarket waste and grain silage leftover from biogas production.

Compost samples taken from supermarket waste contained the greatest amount of plastic particles, with 895 pieces larger than 1 millimeter found per kilogram of dry weight. Household compost in contrast contained 20 and 24 particles per kg of dry weight, depending on the size of the sieves used to sift the compost. The detritus included bits of polyester and a lot of styrene-based polymers, commonly used in food packaging. Almost no particles were found in samples of silage from biogas production.