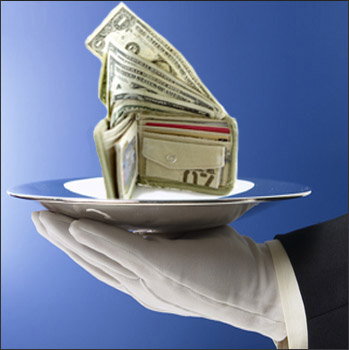 Brazil’s Braskem S.A. and Mexico’s Grupo Idesa have been approved for a loan of $300 million from the International Finance Corporation (IFC) to finance the construction of their joint petrochemical project in Veracruz, Mexico.

These resources, in conjunction with the $300 million already approved by the Inter-American Development Bank (IDB) in the month of April, will be part of a type A loan totaling $600 million. To this loan, there will be an additional $600 -750 million as a type B loan, which is in its final approval process, and the amount of $600 million approved by the Italian credit bureau, SACE.

The loans will be granted to the petrochemical producers to build and operate a plant that will have a capacity of producing 1 million tons of polyethylene, through an ethane cracker and three polymerization plants; two high-density polyethylene and one low density. Construction work started on May 18th.

While loans are not easy to come by in this volatile economy, a Braskem spokesperson told PlasticsToday the project is able to get this amount of financing based on several fundamentals such as a market dealing with an polyethylene deficit.

Currently, the Mexican PE market has a production deficit of about 60% and depends on imports from other countries, mainly the U.S., to supply its growing PE demand, the spokesperson said.

“Once the project gets under way in 2015, we will definitely foresee a fundamental change not only for the Mexican PE market but for the entire country’s economy because this project is focused on supplying the local market,” the spokesperson said. “It will partially reduce the growing negative trade balance of ethylene-derivatives in Mexico.”

In addition, the spokesperson said the banks strongly supported the project due to the competitive raw material ethane, the area’s high-potential area for new reserves of petroleum and gas, along with a solid infrastructure for the distribution of the product.

Howard Rappaport, senior director, global plastics for IHS Chemical, said the total of these loans approaching $2 billion is not unusual for a project of this magnitude, especially since there will also be a world scale ethylene cracker at the site along with other ethylene derivatives beyond the polyethylene.

“This is going to be the first of several new projects announced for the North American market to produce ethylene and polyethylene,” he said. “With the development of shale gas resources in the U.S. yielding an increasing amount of ethane, the industry has announced between 8-10 million metric tons of new ethylene capacity slated over the next 5-7 years.”

He expects that 50-60% of that new ethylene production will be converted into polyethylene.

“This new wave of production capacity is taking advantage of our low cost position based on natural gas, versus other regions in Europe, Asia and Latin America that use naphtha from crude oil,” he said. “The U.S. will eventually have to become more of an exporter of PE pellets as this new capacity comes to fruition.”

Lanxess announces management changes at three of its business units