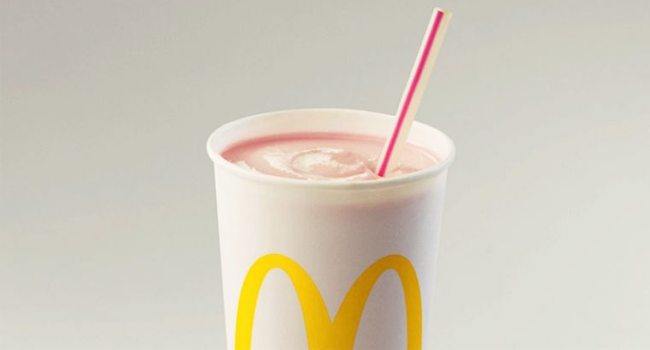 An environmental turning point is lurking in your drink.

That’s the argument championed by activists fighting against the use of plastic straws. Environmentalist groups estimate we use more than 500 million plastic straws every day in the U.S. Their ecological toll made the internet squirm when a video of researchers pulling a plastic straw out of the bloody nose of an endangered sea turtle went viral.

McDonald’s has become an unlikely ally to the anti-plastic movement. The fast food company announced it would switch to paper straws in all of its 1,300 U.K. locations starting in May. Stores also will keep straws behind the counter, and customers will have to ask for a straw if they want one. Chains such as Wagamama and Pizza Express are also moving away from plastic straws.

“The only thing left for us to move forward on are the lids that go on to our cups,” McDonald’s U.K. CEO Paul Pomroy told Sky News. “Straws are one of those things that people feel passionately about, and rightly so, and we’re moving those straws behind the front counter.”

“This is something that we can no longer avoid addressing,” said Diana Lofflin, the founder of StrawFree.org. “It’s become a global issue, and straws are on the leading edge.”

Although straws represent a small portion of the 8 million metric tons of plastic that ends up in the ocean every year, Lofflin believes plastic straws are an easy way to get people started on reducing their plastic use.