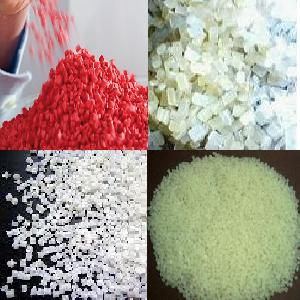 Players in Indonesia and Malaysia complained that local LLDPE film supplies are tight, with several converters commenting that their suppliers are delaying their deliveries as per the pricing service of ChemOrbis. Local LLDPE film prices have gained a premium over HDPE film prices in both countries owing to short supplies of LLDPE film.

Distributors in Malaysia report that they are seeing limited buying interest on their new April prices following the significant increases they announced over the past month, although some deals have reportedly been concluded at the low end.

Although buying interest is not all that strong, distributors are generally firm in their outlook on the market based on firm spot ethylene costs and limited supplies. “We feel that prices will track a steady to firm trend in the weeks ahead as demand is better than many people think it is and domestic supply remains tight,” a distributor stated.

Buyers confirmed sellers’ reports of limited local availability in Malaysia, particularly for LLDPE film. “LLDPE film availability is very tight these days as we are just now beginning to receive the materials we ordered at the beginning of March.

We purchased a small amount of material to cover our immediate needs this week but are unwilling to purchase in large amounts as we find the current prices to be quite high,” reported a converter in the packaging sector. Another packaging converter added, “We are not having any difficulty sourcing materials for now with the exception of LLDPE film, which remains tight.

We are seeing normal demand for our end products these days but are only purchasing in small amounts as our margins have been squeezed by higher raw material costs.”

Converters in Indonesia also complained of seeing tight supply for domestic LLDPE film. “We have managed to secure enough material from our contractual suppliers to cover our needs for this month, but spot LLDPE film supplies remain tight,” reported a converter manufacturing household products.

A converter in the film packaging sector also complained of limited local availability for LLDPE film, saying, “Domestic producers have reduced their contractual LLDPE film shipments by around 10% owing to their unsatisfactory margins. Demand is not all that strong in the local market for now and we are still able to locate some offers with discounted prices from the distribution market.”

Another packaging converter told ChemOrbis, “We are having difficulty finding prompt LLDPE film supplies for now, even from the distribution market. Our contractual suppliers are unable to deliver material to us and the earliest delivery times we can find from the spot market are for three weeks later. We need some material now and cannot afford to wait for another three weeks to take delivery.”