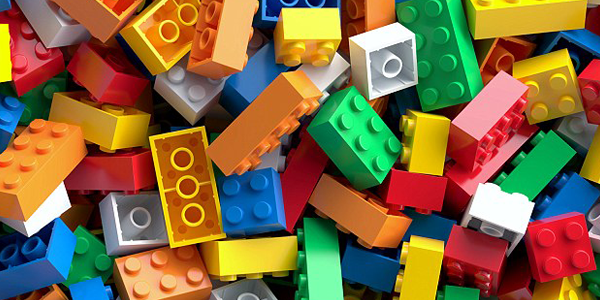 The beloved maker of plastic toy blocks wants to inspire a new wave of manufacturers to take a more creative approach to sustainable manufacturing.

As the seas fill up with unwanted plastic and the world’s reserves of oil–a raw material used in plastics production–go empty, Lego is trying to do what it has asked children to do for six decades: create something new out of a few building blocks and a lot of imagination. Earlier this year the Danish toy company began production on a new line of sustainable Lego accessories made from plant-based polyethylene (common plastic), derived from sugarcane ethanol, as opposed to the polyethylene from oil. Naturally, these green “bioplastic” pieces, released last month, are botanically themed, including bushes, leaves and shrubbery.

It was a big step toward completing the Lego Group’s ultimate blue print of routinely manufacturing its brightly colored eponymous blocks by 2030 using sustainable materials, part of an effort to reach zero operational waste. That plan was announced in 2012 and in 2015, the company pledged 1 billion kr., or more than $155 million, to make it happen. One hundred Lego employees were also sought out to work in the Lego Sustainable Materials Centre.

It’s a noble pursuit, and unsurprising considering Denmark’s eco-friendly landscape rife with windmills and bike paths. It also makes business sense, as the European Union levies carbon taxes to decrease greenhouse gases 40% by 2030 compared to 1990 levels. But symbolically, Lego feels it could have the greatest impact. As children, what engineer or architect didn’t have heaps of Lego blocks sprawled on their bedroom floor, spending countless hours snapping together fantastical houses and vehicles for their yellow-headed citizenry? Research indicates that this “free-building” mentality cultivated in these malleable minds can reap positive results in abstract and original thought. (It’s also not-so-coincidentally the premise of The Lego Movie.)

Now if those pieces were made from replenishable resources, it makes sense that more of these innovative thinkers would intuitively employ more sustainable strategies when they design new factories or skyscrapers or transit systems.

“Our mission is to inspire and develop the builders of tomorrow,” explained Lego owner Kjeld Kirk Kristiansen at the time. “We believe that our main contribution to this is through the creative play experiences we provide to children. The investment announced is a testament to our continued ambition to leave a positive impact on the planet, which future generations will inherit.”

That’s the premise, an elegant solution to create a perfectly engineered utopia. Anyone who’s played with Lego blocks knows that expectations and execution are often mutually exclusive.

The first hurdle is that plastics made from polyethylene comprise only 1% to 2% of the total plastic elements, totaling about 75 billion pieces made annually. Lego has to find a way to convert its other blocks, 80% of which is petroleum-based ABS. That type of plastic provides the toughness, color fastness and ability to interlock that the more flexible bioplastics do not as of yet. (The latter is probably more desirable to accidentally step on in the middle of the night, though.)

“I’m not even sure that we currently yet can live up to the quality that we want,” Lego CEO Niels B. Christiansen told Bloomberg recently. “But it’s an agenda that we want to drive and an agenda that our owner is behind. We want to become a leader on this.”

The other issue is that while bioplastics appear to be more easy on the environment, sugarcane requires land, water and labor. In Brazil, which is the largest sugarcane-ethanol producer (8 billion gallons in 2015/16), soil erosion and poor working conditions are major drawbacks. On the plus side, a recent study found sugarcane plantations didn’t directly lead to deforestation and recent innovations have reduced its water footprint. Lego sources its bioplastic strictly from responsibly sourced sugarcane.

Future Bionicles aren’t expected to be biodegradable, though. They will still need to be recycled like any other plastic so they don’t end up in a sea lion’s stomach or turtle’s nose.

Former Danfoss CEO Christiansen is unsure of how using sustainable materials could affect prices of the toy sets, which are already not cheap. A 4,100-piece roller coaster set costs $380.