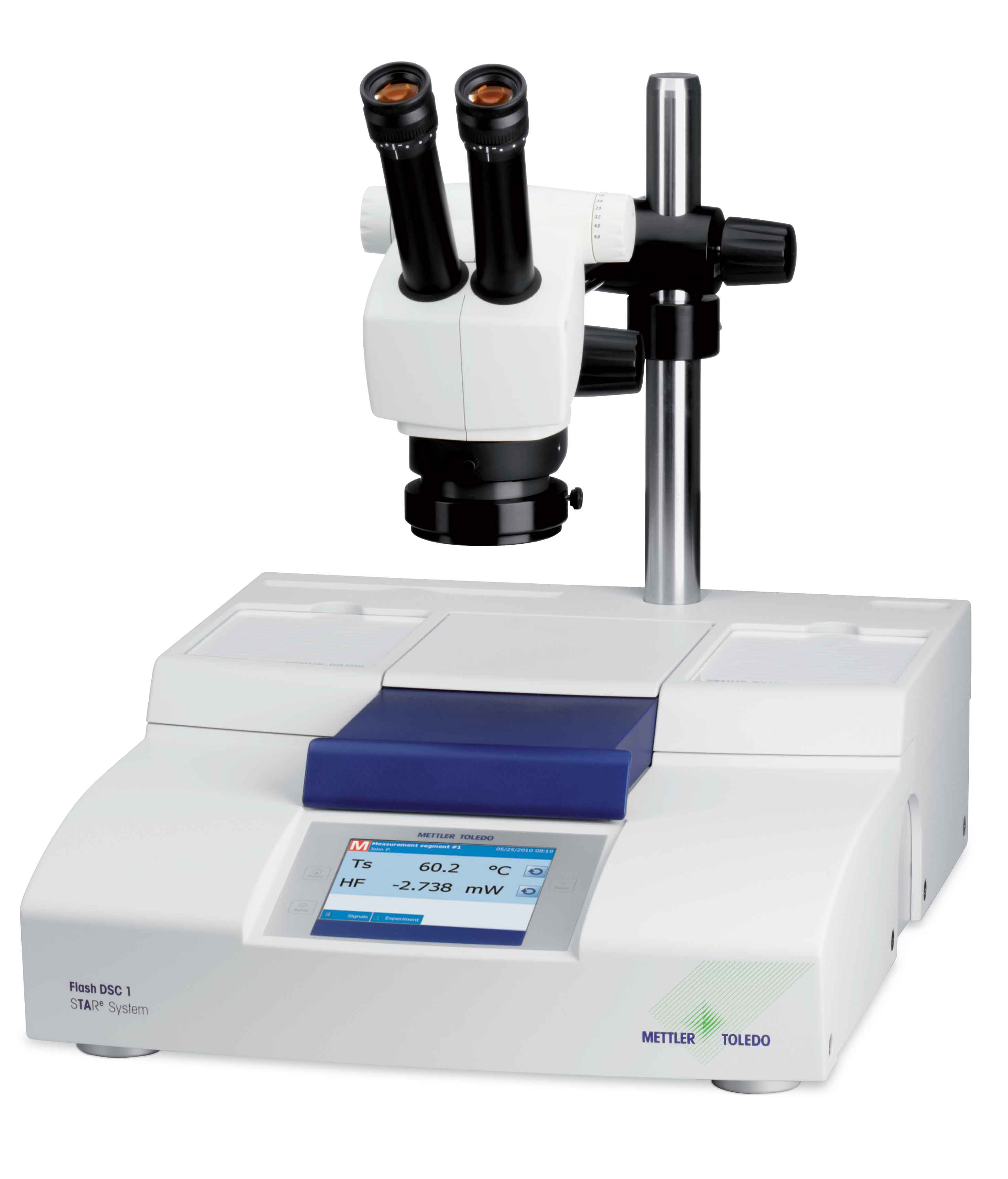 A wide range of heating and cooling rates is important for the investigation of meta-stable states and the time-dependent transitions of polymers. The high cooling and heating rates of the Thermal Excellence Flash DSC 1 enables the investigation of material structures and processes that, until now, could not be measured.

Heating and cooling rates
In the past, conventional DSC technology was used for the mentioned polymer investigations. However, scientists very quickly realized the necessity for higher heating and cooling rates encouraging some researchers to design their own instruments as an attempt to gain a better insight into the interesting crystallization and reorganization processes. Higher cooling rates (between 10 K/s and 1000 K/s) are necessary to understand the behavior of the material during processing.

METTLER TOLEDO has made this technology readily available to all researchers by designing a novel DSC based on a MEMS chip sensor (MEMS: Micro-Electro-Mechanical Systems).

The three main areas of interest are:

Reorganization of PET as an application example
Figure 1 shows that the change is proportional to the root of the heating rate (blue curve). This is an indicator for the melting of initial crystals. The peak temperature of the second peak decreases proportional to the logarithm of the heating rate (figure 1, red curve). Above 1000 K/s no reorganization occurs.

After isothermal crystallization at 170 °C, Polyethylene terephthalate (PET) was heated with rates between 0.2 K/s and 1000 K/s (figure 2). The Flash DSC curves show the glass transition, the first and the second melting peak. The temperature of the first melting peak increases with a higher heating rate. The change is proportional to the root of the heating rate (blue curve). This is an indicator for the melting of initial crystals. The second peak represents the melting of the crystals grown during heating by reorganization.

This new technology will undoubtedly expand and enhance the knowledge of complex melting, crystallizations and reorganization processes and will be an important tool for scientists, material and process engineers.