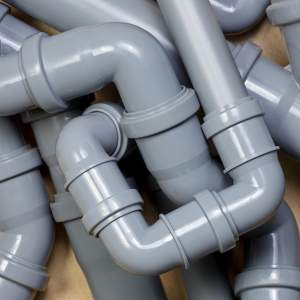 Spot olefin prices recorded some increases during the first week of January in global markets including Europe, Asia and the US although it was a relatively short week due to the New Year holiday, as per the pricing service of ChemOrbis. Higher energy prices and restricted spot availability in several regions supported rising ethylene and propylene markets.

On NYMEX, crude oil prices for February deliveries increased more than $2/barrel, while ICE Brent crude futures gained less than $1/barrel on the week. Asian and European naphtha costs softened $10/ton on a week over week basis, although they were still as high as the levels of a month ago. In Europe, following unchanged or slightly lower January monomer settlements, spot ethylene and propylene markets moved up on the back of unexpected production issues at Ineos’ Naphtachimie facility as well as firmer prices in Asia. The company had to bring its cracker and downstream plants in Lavera, France down following an outage late last week. The cracker has 745,000 tons/year capacity under normal circumstances.

On a week over week comparison, spot ethylene prices surged €85/ton on FD NWE basis to indicate a €60/ton rise from levels a month ago, according to players. Cracker operators were reportedly lifting their operating rates to and above 80% capacity due to improved demand. Relatively better performing PE and MEG markets in Europe supported the increase on ethylene prices. However, spot propylene costs witnessed a smaller increase last week amidst lack of activity in the post holiday period, with offers gaining €10/ton on FD NWE basis to stand €15/ton above a month ago.

In Asia, players in the region reported limited spot ethylene supplies amidst fewer cargoes coming from the Middle East and Central Asia, as per ChemOrbis. Spot ethylene costs edged up around $5/ton on CFR Northeast Asia basis on the week, while the recent figures stood $25/ton above levels of a month ago. Prices on a CFR Southeast Asia basis posted larger gains over the week, with offers rising $50/ton on the week and $140/ton on the month.

Looking at the propylene trend, spot offers soared $35/ton on FOB South Korea basis to stand slightly above the levels of early December. The driver behind the firming trend was higher domestic propylene prices inside China that emerged in the last working days of last week following the New Year holiday. In the US, spot ethylene offers moved up by 0.75 cents/lb ($17/ton) on FD USG basis on the week bringing the cumulative increase to 9.5 cents/lb ($209/ton) since early December. Although December ethylene contracts settled down $17/ton ($0.75cents/lb) from November, the spot PE market was active after the New Year holiday as buyers’ expectations regarding January ethylene contracts were firm.

Spot propylene offers in the country posted a larger gain of 5 cents/lb ($110/ton) on DLVD USG basis with respect to late December. As for contracts, hikes of 11.5-13 cents/lb ($253-286/ton) were nominated for January while buyers were expecting to see a relatively smaller increase of 7-9 cents/lb ($154-198/ton), according to market sources in the country.