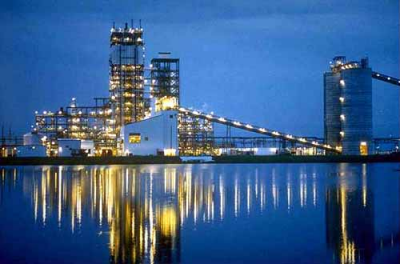 The new ethylene production facility at Dow Texas Operations will employ up to 2,000 workers at its construction peak. Over the next five to seven years, Dow estimates that this project, together with all other planned projects announced as part of the Company’s comprehensive U.S. investment plan, will employ up to 4,800 workers during peak construction and support over 35,000 jobs in the broader U.S. economy.

“For the first time in over a decade, U.S. natural gas prices are affordable and relatively stable, attracting new industry investments and growth and putting us on the threshold of an American manufacturing resurgence,” said Andrew N. Liveris, Dow Chairman and Chief Executive Officer. “Dow is proud to have been among the first manufacturing companies to declare a comprehensive plan to take advantage of these favorable market dynamics, further enhancing our footprint in the Americas and the profitability of our global businesses while supporting economic revitalization in the communities in which we operate. Constructing this new ethylene cracker at Dow Texas Operations will create a long-term advantage for our downstream businesses and for our Company as a whole, and the benefits will accrue not only to Dow but to the state and national economy.”

This decision marks another significant milestone in the Company’s strategy to further develop the competitive advantage for Dow’s Performance Plastics, Performance Materials and Advanced Materials businesses by expanding access to low-cost natural gas-based feedstocks, which are used in the production of Dow products that are essential to over a dozen consumer markets.

“The outlook for advantaged U.S. natural gas was a significant factor in Dow’s decision to invest $4 billion to grow our overall ethylene and propylene production capabilities in the U.S. Gulf Coast region,” said Jim Fitterling, Dow Executive Vice President and President of Feedstocks & Energy and Corporate Development. “Today, 70 percent of the Company’s global ethylene assets are in regions with cost advantaged feedstocks – and we’ve seen the benefits this advantage provides given oil-based naphtha margin pressure in Europe and Asia. This plan represents a game-changing move to strengthen the competitiveness of our high-margin, high-growth derivatives businesses as we continue to capture growth in the Americas.”

Projects announced as part of the Company’s U.S. Gulf Coast investment plan are moving forward according to schedule.

The new ethylene production unit project is currently on track for start-up in 2017, and Dow continues to develop feedstock supply arrangements for this new asset.

On March 7 Dow announced that the Company’s Board of Directors had authorized capital to finalize detailed engineering and purchase long lead-time equipment for a new, world-scale propylene production facility to be constructed at Dow Texas Operations. Basic engineering work for the new on-purpose propylene production facility at Dow Texas Operations has commenced, and the project is on track for production start-up in 2015.

Recomissioning work on an ethylene production unit at Dow’s manufacturing site near Hahnville, Louisiana is progressing as planned, and the unit is on track to restart at the end of this year.

Dow (NYSE: DOW) combines the power of science and technology to passionately innovate what is essential to human progress. The Company connects chemistry and innovation with the principles of sustainability to help address many of the world’s most challenging problems such as the need for clean water, renewable energy generation and conservation, and increasing agricultural productivity. Dow’s diversified industry-leading portfolio of specialty chemical, advanced materials, agrosciences and plastics businesses delivers a broad range of technology-based products and solutions to customers in approximately 160 countries and in high growth sectors such as electronics, water, energy, coatings and agriculture. In 2011, Dow had annual sales of $60 billion and employed approximately 52,000 people worldwide. The Company’s more than 5,000 products are manufactured at 197 sites in 36 countries across the globe. References to “Dow” or the “Company” mean The Dow Chemical Company and its consolidated subsidiaries unless otherwise expressly noted. More information about Dow can be found at www.dow.com.

Note: The forward-looking statements contained in this document involve risks and uncertainties that may affect the Company’s operations, markets, products, services, prices and other factors as discussed in filings with the Securities and Exchange Commission. These risks and uncertainties include, but are not limited to, economic, competitive, legal, governmental and technological factors. Accordingly, there is no assurance that the Company’s expectations will be realized. The Company assumes no obligation to provide revisions to any forward-looking statements should circumstances change, except as otherwise required by securities and other applicable laws.

Shift out of PVC relies on proprietary welding process