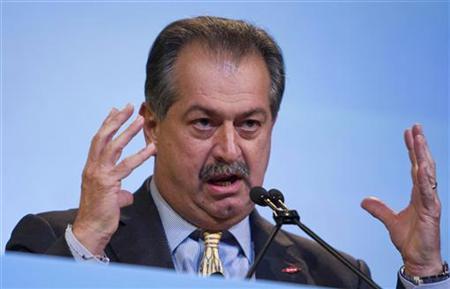 The Dow Chemical Co. has created a new global business unit structure with the appointment of business presidents who will report directly to an executive committee. The Midland-based chemical company announced in a release the business presidents will be fully accountable for generating increased earnings, and the accelerated advancement and execution of the company’s strategy. The executive committee will set the overall direction and strategy for Dow, monitor and deliver results, and optimize resource deployment across the businesses.

“To accomplish our strategic objectives and deliver increased results in the next stage of Dow’s transformation, it will require a different business organization and operating structure than the one that has taken us to where we are today in Dow’s transformation,” said Andrew N. Liveris, Dow’s chairman and CEO. “We continue to adapt our business model to take advantage of the changing dynamics in the global marketplace.”

Howard Ungerleider will have executive oversight of advanced materials, which includes coatings and infrastructure solutions, and electronic and functional materials. Bill Weideman will serve as CFO and executive vice president with executive oversight of finance, Dow AgroSciences, and corporate development. Liveris said that the company will have less structure at the top of the company with more deployment and implementation in the markets and out in the field.

The appointments are as follows:

“Our hydrocarbons and feedstocks teams will continue their progress in driving Dow’s strength in cost-advantaged regions – directly supporting profitable growth for our derivatives business,” said James Fitterling, executive vice president of Dow’s feedstocks, performance plastics. “In addition to supporting our current growth projects, we will place a strong effort into improving our position in Europe, as the region adjusts to changing macroeconomic and competitive dynamics.”

“And in both packaging and elastomers, as well as electrical and telecommunications, we will continue to drive forward on the strength of both businesses’ strong, complementary customer-centric innovation and operational excellence culture,” he said.

Earlier this year, Dow Chemical called the global demand for the rest of the year “bleak,” when the company reported a bigger drop in second-quarter earnings than was originally estimated. Dow reported a profit of $734 million, or 55 cents a share, from $1.07 billion, or 84 cents, a year earlier.

“Sustained uncertainty in the world economy continues to present a challenging operating environment, and this quarter was no exception,” Liveris said. “Weak demand due to a slowdown in global growth drove declining prices. This, coupled with an unusually high turnaround season for Dow and a large currency effect, pressured margins in the quarter.”

Dow closed two vinyl chloride monomer (VCM) production units in 2011, according to the investment research firm Zacks. The company shut down a production unit in Oyster Creek, TX, in the first quarter of 2011. The closure of a second VCM unit, located in Plaquemine, LA, was completed in third-quarter 2011.

This is a continuation of the decisive actions taken by Dow to right size the core chemicals manufacturing footprint and shift basic feed stocks toward performance derivative businesses, Zacks stated. The company recently announced the closure of manufacturing plants in Europe, North America and Latin America. The company will also lay off 900 workers. Dow anticipates savings of roughly $250 million annually from these actions.

Concerns about the economic conditions have not appeared to have an impact on Dow’s upcoming expansion plans. Dow plans to build a new ethylene production plant at Dow Texas Operations in Freeport, TX, which is part of the company’s $4 billion investment to grow its overall ethylene and propylene production capabilities in the U.S. Gulf Coast region. This marks the construction of its first U.S. ethylene plant since 1995.