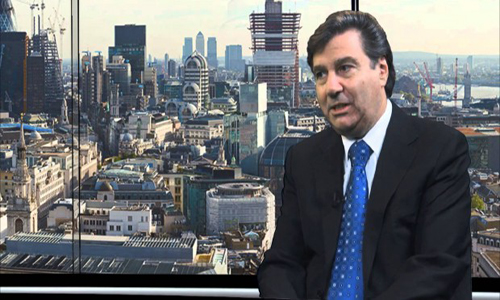 Michael Laurier, CEO of Symphony Environmental Technologies Plc was a guest speaker at the ‘One Ocean, Science for Sanctuaries Symposium” on Thursday 5th March 2015 at the United Nations in New York.

The issue of healthy oceans affects millions of people around the globe and plastic pollution has a major impact on wildlife and coastal communities. It is well known that there are “ocean garbage patches” comprising thousands of tonnes of floating plastic waste.

Laurier explained that “there would be no ocean garbage patches if all the disposable plastic items had been made with oxo-biodegradable technology, which does not just break up the plastic – it actually converts it into non-toxic biodegradable materials at the end of its useful life.”

Laurier continued “The UAE, Pakistan, and seven other countries have realised that it is not practicable to ban plastic products, nor to prevent some of them getting into the ocean, so they have legislated to make oxo-biodegradability mandatory.”

“All the other countries in the world should follow their example.”

Symphony will also be represented – by its Deputy Chairman, Michael Stephen, at the “Plastics in the Sea” conference in Monaco on 10-11th March.