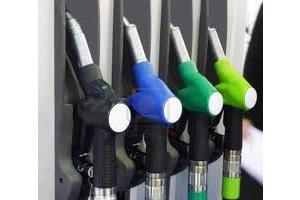 NEW DELHI: Oil marketing firms have announced a marginal increase in the prices of diesel at 45 paise following the government’s partial deregularisation in diesel price enabling an increase between 40-50 paise a litre per month for the retail consumers and almost Rs 11 for the bulk consumers.

As per reports, the prices for bulk consumers like defence, railways and state transport undertakings have been increased by Rs 10 per litre. Oil marketing firms’ shares moved up for the second time session following the government’s decision to allow hike in diesel prices per month. The State-owned oil firms cut the petrol prices by 25 paise per litre to control the cost of raw material. The Cabinet Committee on Political Affairs headed by the Prime Minister Manmohan Singh increased the bar on subsidised LPG to nine cylinders per household from six, as per public demands in a bid to lighten the situation. The decision on diesel is anticipated to moderate the subsidy bill by Rs 12,900 crore on account of increase in price of fuel sold to bulk customers, such as Railways and state transport undertakings.

Diesel accounted for 59 per cent of the approximated Rs 160,000 crore fuel subsidy bill during FY13. As per the order issued by the Oil Ministry following the CCPA decision, maintained that bulk customers should be charged market price, that will impact in an increase of Rs 10.81 per litre over and above the existing rate of Rs 47.15 in the capital city. The government is likely to save up to Rs 9,000 crore of increase in the prices for retail buyers.

Veerappa Moily, Oil Minister stated, “We have given some liberty to oil marketing companies to raise diesel prices in small dozes. They are authorised to make small price correction from time to time.” He further stated, “they should exercise this discretion in such a manner that inflation is not impacted. Also, the entire burden is not put on consumers.” P Chidambaram, Finance Minister has also confirmed that the oil firms have been allowed to make small correction from time to time.