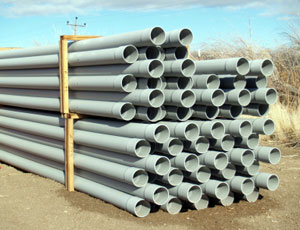 PVC players in India report that the demand outlook has relatively weakened now that only a few days remain before the monsoon season as it is expected to hinder overall trade as per ChemOrbis. In Southeast Asia, demand was already slow during the last few weeks unlike in India despite tight local supplies across the region. Activity may be further depressed soon given the nearing Ramadan and holidays that will be celebrated in Muslim countries next month.

A Taiwanese PVC producer revealed July increases of $10/ton in Southeast Asia and $20/ton in India in the light of high upstream costs. “The producer seems confident as their July allocation is limited due to a VCM turnaround. Their allocation may be reduced by 20-30%,” a trader from Taiwan said. However, some players feel that prices are unlikely to gain further ground next month based on slower than expected demand.

In India, traders opined that demand will probably remain healthy for 10-15 days before it starts to slow down as the rainy season is approaching. A Mumbai based trader reported, “The rains have already started in South India while West India should see rain very soon. Buyers are already cutting their purchasing volumes.”

A source from a Chinese producer expects demand to remain encouraging for June since the ADD is yet to be implemented. “However, India’s monsoon season may hamper activity,” he said. A second one highlighted, “The Indian market will slow very soon. This may cause especially Korean cargos to be directed to Southeast Asia again. Although Taiwanese prices moved up, sales in Southeast Asia and China are not satisfactory. Prices are unable to firm up further whereas they can’t reduce either amidst current high costs.” A different Chinese producer who offers to Southeast Asia stated, “Prices can’t decrease despite the slow demand since supply is restricted, especially from SEA, Japan and the US.”

A converter in Mumbai paid $20/ton increases for July Taiwanese PVC cargos. “We expect VCM costs to remain high which would sustain support for higher PVC prices. However, demand seems to be losing steam recently,” he commented.

In Southeast Asia, tight local supplies in Vietnam, Malaysia and Thailand are counterbalanced with muted activity. Demand is expected to lose more steam given the upcoming Ramadan.

An Indonesian producer informed, “Demand from the construction sector dropped nearly 40-50% due to political uncertainty ahead of the presidential election. PVC demand is very weak in spite of maintenance shutdowns at two local producers. Although a Taiwanese producer issued $10/ton hikes for July shipments, we are not that confident to raise our prices since demand will be slower than June.” Another producer agreed, “We have no confidence to follow the producer. Local demand is already poor given the depreciation of the currency which caused sellers to face collection issues. It may slow down further next month.”

A compound converter in Jakarta said that their end product demand has been performing slowly for the last 3 months while next month may be even slower due to the fasting month. A pipe maker reported that they will shut their factory for 10 days during Ramadan holiday. “Our end business has been good following poor demand during April and May. However, it will calm down by end June due to the fasting month and school holiday,” he said.

In Thailand, a distributor achieved higher levels in the local market thanks to tight availability. “Local demand is not that good and may lose pace in July given the rains,” he admitted. A converter confirmed tightness in the country, saying, “Demand is not that brisk for now but we hope for an improvement after one month.”

According to ChemOrbis, players in the Philippines announced they would soon be entering the monsoon season, a buyer from the country said, so he feels that PVC demand will slow down. A shrink film maker from Vietnam stated, “We plan to purchase hand to mouth as we expect that prices will soften in July and August.”

Multi-Touch continues its triumph with fourth installation in Asia

Author plasticsinfomart 78
Plastics prices finished down last month across much of Asia, with the trend affecting a broad swath of the market. Lower oil prices pulled...
Read More

Author plasticsinfomart 88
SABIC, a global leader in the chemical industry, is introducing two new grades in its portfolio of Superflow ULTEM™ resins that address the trend...
Read More