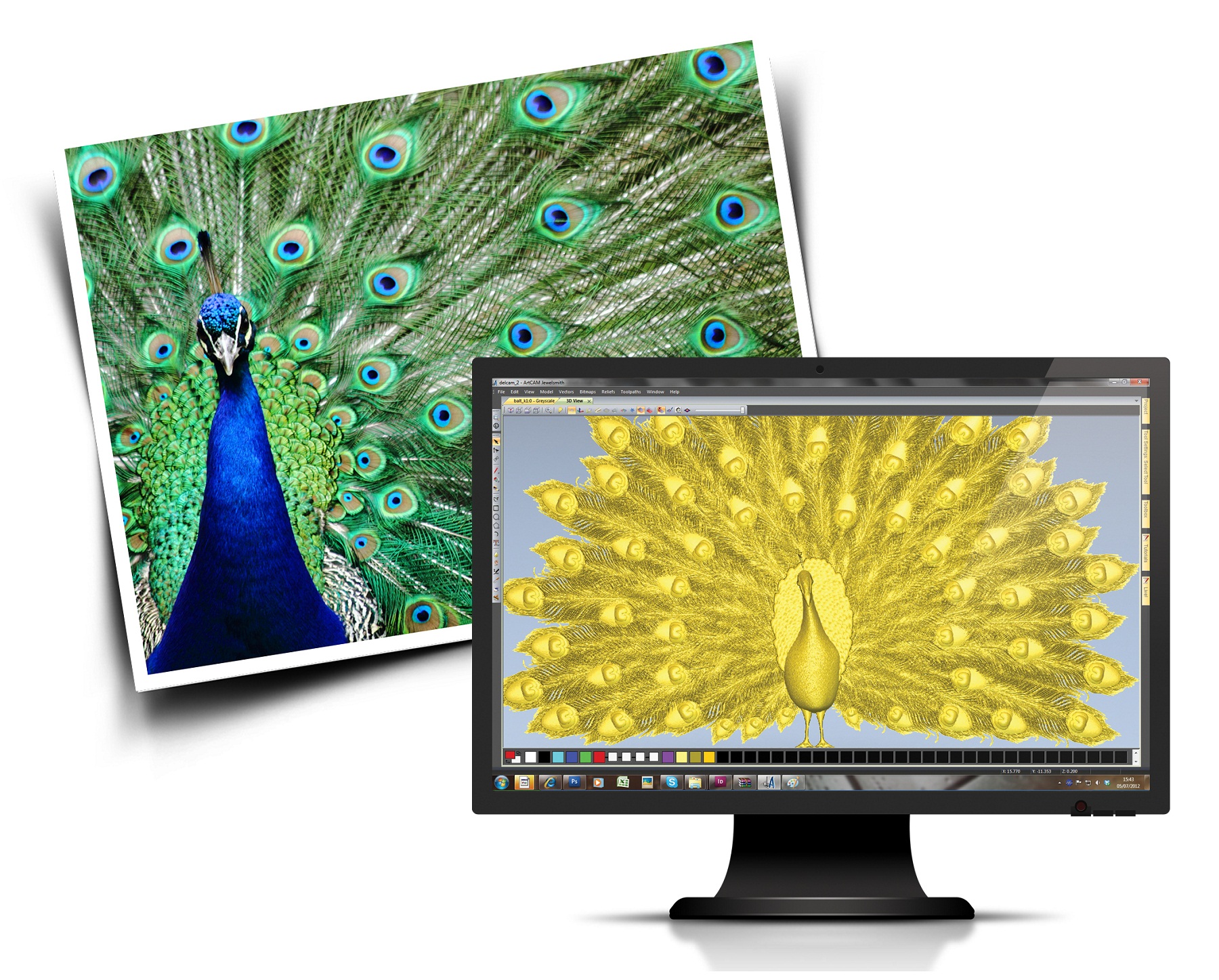 The new release of Delcam’s ArtCAM Pro CADCAM software for artistic applications has made it much easier to create complex designs, especially those that include repeated elements that are similar but not identical within the design.

Unlike most other CADCAM systems, ArtCAM Pro is aimed at skilled artisans rather than engineers and requires little knowledge of engineering or computing. It has been particularly successful in the signmaking, woodworking and engraving industries. In these areas and in other artistic applications, ArtCAM Pro allows users to increase productivity, improve quality and deliver new designs more quickly, by combining their craft skills and creativity with the power and precision of computer-aided manufacturing.

The main addition in the latest release of ArtCAM Pro is a new way of working called ‘Free Relief Modelling’. This technique allows previously-created reliefs to be selected and then moved, rotated, rescaled and copied, either individually or as part of a group. Any part of the design can be isolated, edited and then recombined into a group for duplication or further editing within the group. At any stage in the process, either individual items or a group of items can be saved within ArtCAM Pro’s clipart library for use in future projects.

The overall result is much more natural than simply duplicating a single shape across the design, while also being much quicker than modelling each item individually. Examples where the technique could be used include creating the feathers in a model of a bird or designing a forest of similar trees without them all appearing identical.

A related development that will also make it easier to create more complex designs allows the interaction between different layers to be viewed in real time. This will make it much faster to choose the optimum combination of the different layers as the effects of changing the overlap can be seen instantly.

Sketching in ArtCAM Pro has been made easier by giving the designer the freedom to alternate between straight and curved vectors whilst drawing. Once created, vectors can now be added to or closed, and any nodes within them can be edited or deleted, at any time, either in the 2D or 3D view.

The ability to add textures to designs has always been an important feature within ArtCAM Pro. This ability has been extended with a new patent-pending ‘Texture Flow’ tool to create more natural organic textures, such as hair, fur and scales.

More natural effects can also be obtained with an addition to the sculpting tools. Sculpting effects can now be scattered randomly across the design as well as placed systematically. More control is available over all the sculpting options as these can now be limited to a specific area or to a set height. Of course, the “undo” option is still available if the results aren’t as expected.

All of these new capabilities can be displayed with even more realistic renders of designs created in ArtCAM Pro. The software now comes with POV-Ray ray-tracing technology, allowing high-quality images to be generated for customer approval or marketing materials.

Italy’s PP and PE markets preparing for a firm January

Drop Your Phone in the Sink – We Dare You

Author plasticsinfomart 82
Canadian companies were on a buying spree in the spring despite financial turmoil in Europe and the U.S., according to a report released Wednesday....
Read More