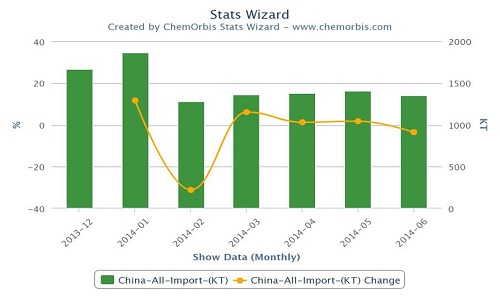 ChemOrbis members can create and run their own import graphs under the Analysis Tools – Stats Wizard. Graphs can be created on a yearly, quarterly or monthly basis, may include all products or individual products, and can include USD/ton, total volumes and total value.

November PP prices expected to firm up in the US