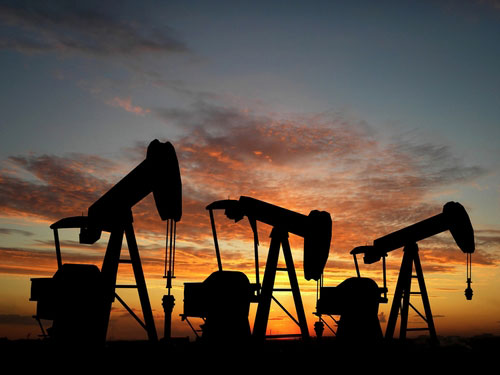 Benchmark oil for April delivery was up 7 cents to $106.77 at late afternoon Singapore time in electronic trading on the New York Mercantile Exchange. Brent crude was down 10 cents to $123.55 per barrel in London.

Crude jumped to $110.55, the highest since May, late Thursday after an unconfirmed Iranian media report of a pipeline explosion in Saudi Arabia. Saudi officials denied the report, which helped send crude down $2.14 to settle at $106.70 per barrel in New York on Friday.

“The magnitude of the response to the unfounded rumor highlights a tight crude supply situation that will be keeping the entire market highly responsive to even the smallest hint of a supply disruption,” energy consultant Ritterbusch and Associates said in a report.

Crude has risen from $96 last month amid investor fears that growing tension over Iran’s nuclear program will spark an armed conflict and disrupt global crude supplies. Analysts say Saudi Arabia and other oil producers do not have enough spare capacity to quickly make up for Iran’s 4 million barrels a day of crude.

Traders will also be closely watching the latest U.S. economic indicators this week. The economy has been showing signs of gradual improvement in recent months, which has bolstered investor optimism and pushed crude prices up from $75 in October.

Monthly employment data is scheduled to be released on Friday.

Oil rises to near $107 ahead of key US jobs report