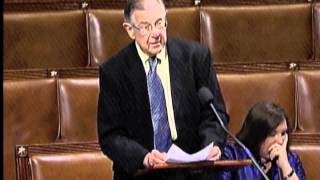 Medical device producers need to dramatically reinvent themselves to respond to rapid changes taking place in the healthcare field, according to a new Commercial Excellence Benchmarking study released by The Boston Consulting Group (BCG) at AdvaMed 2012. “To stay competitive, medtech companies face a critical juncture,” says Colm Foley, a BCG partner and coauthor of a forthcoming BCG report based on the study. “The time to reinvent the commercial model and build best-practice go-to-market capabilities is now.”

Cost structures at medical device manufacturers are bloated in view of “the relentless pricing pressures facing the industry and the increasing challenges in realizing return on innovation.” Sales models are also out of whack considered significant changes in how hospitals and healthcare systems are purchasing medical devices.

“Each industry goes through periods during which companies need to transform to keep up or face being uncompetitive,” says Foley. “In medtech, that period has arrived, and some early movers have recognized the situation. These companies, which are highlighted in our benchmarking study, have already developed more cost-efficient methods to deliver the same value of goods to the same customers at a lower cost.”

General and administrative costs at many medtech firms are two to five times higher than the typical high-tech or industrial firm, given adjustments for margin differences across the industries. “This cost structure was required in the past, but the margins in medtech are expected to shift over time such that they resemble the margins in these other industries, making medtech’s current commercial-cost structure unsustainable,” according to the BCG analysis.

The study maintains that most medtech firms are not taking advantage of scale economies in functions such as purchasing, which means that as volumes grow, so do costs. Foley continued, “We’re not saying simply ‘cut costs.’ That is easy but shortsighted, and it misses the mark in terms of creating competitive advantage. Instead, we suggest reinventing the model to get both efficient and sustainable before reinvesting selectively to win.”

Author plasticsinfomart 106
Alternative energy sources are gradually replacing fossil fuels, but can oil be replaced in the production of the plastics we all use in our...
Read More