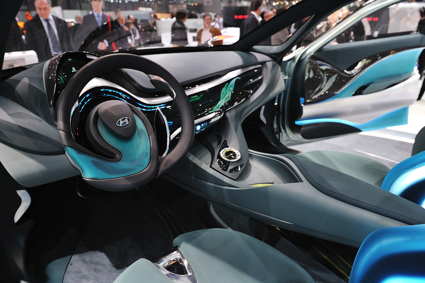 BASF (Ludwigshafen, Germany) plans to build a compounding plant for polyamide (PA) and polybutylene terephthalate (PBT) compounds in Yesan, Chung Nam Province, Korea. Construction of the plant is slated to begin by the first half of 2014 and operations from the end of 2015.

Similar to BASF’s compounding plant in Ansan, Korea and other Asian locations, the new plant in Yesan will produce Ultramid PA and Ultradur PBT compounds. Ultramid and Ultradur are used, for example, in automotive parts as well as the electrical and electronics industry. Applications include seat structures, oil sump modules, sensors, engine mounts, connectors and highly integrated laser-structured electronic devices.

Author plasticsinfomart 66
LyondellBasell is planning to stop making LDPE at its Fos-sur-Mer site in France. The plant has been idle since March and now the company...
Read More
Category Menu Product News

Author plasticsinfomart 76
Gas injection technology has been used to produce a lightweight but stable weather-resistant chair by designers Ronan and Erwan Bouroullec in co­operation with Swiss...
Read More

Author plasticsinfomart 66
Ferromatik Milacron GmbH, a Germany-based manufacturer of injection molding machines, will present a model of the new modular F-Series at Interplas that will be...
Read More