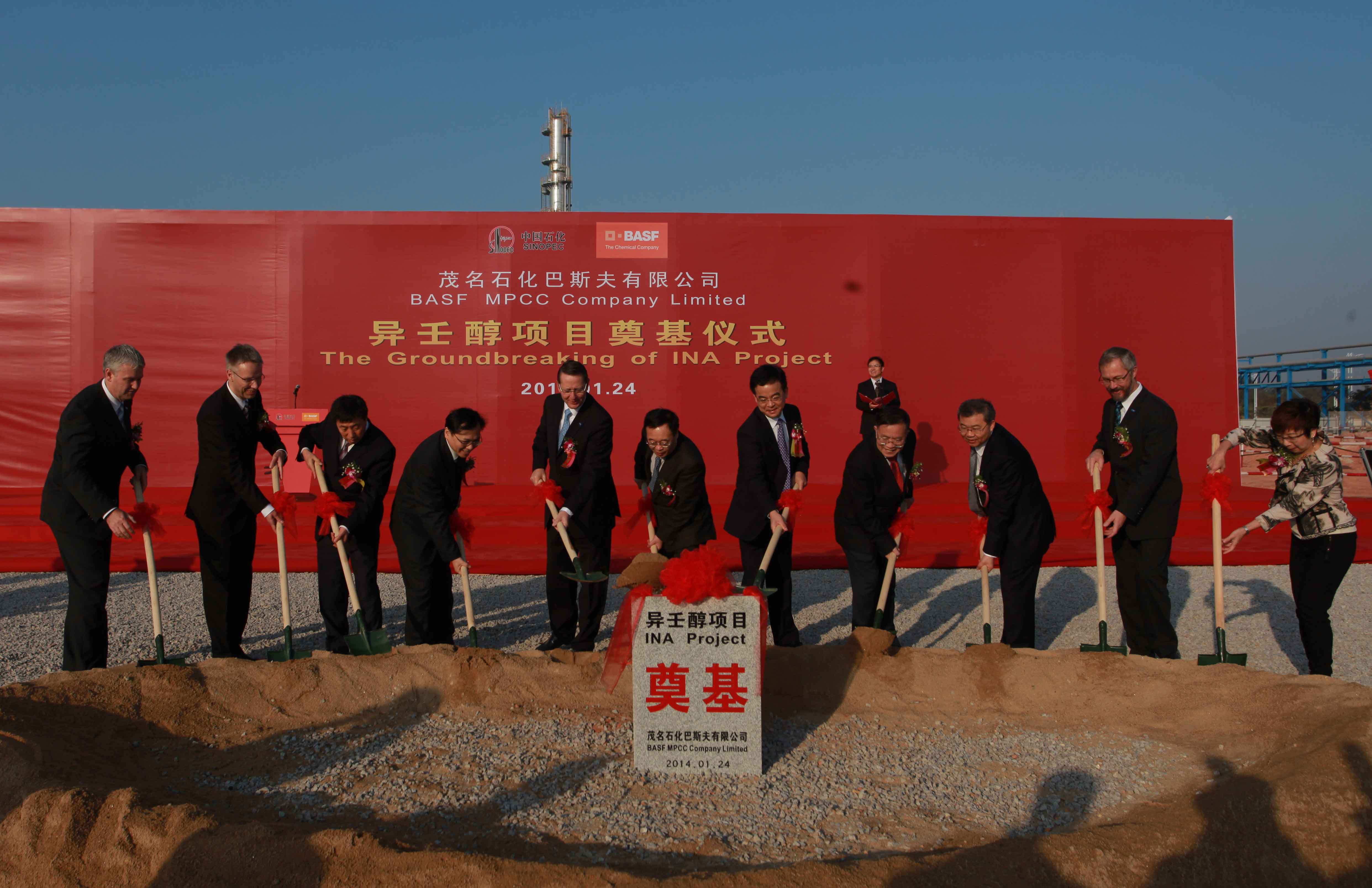 At start-up in 2015, the plant, which is said to be the first of its kind in China, will serve the increasing market demand for next-generation plasticizers, run by a newly-formed 50-50 joint venture company, BASF MPCC Company Limited.

“This project is the first of its kind to bring BASF’s advanced INA technology into China, and to build a world-scale INA plant at Maoming Hi-tech Industrial Development Zone. It not only fills the country’s INA production gap, but also opens a new chapter for the strategic alliance between SINOPEC and BASF. I hope both shareholders continue to broaden our co-operation, and to explore how to further utilize SINOPEC Maoming, this area’s refinery products, and the public infrastructure, so as to maximize the production of BASF MPCC Company Limited and both shareholders’ business interests,” said Dr Yu Xizhi, President of Sinopec Corp. Maoming Company.