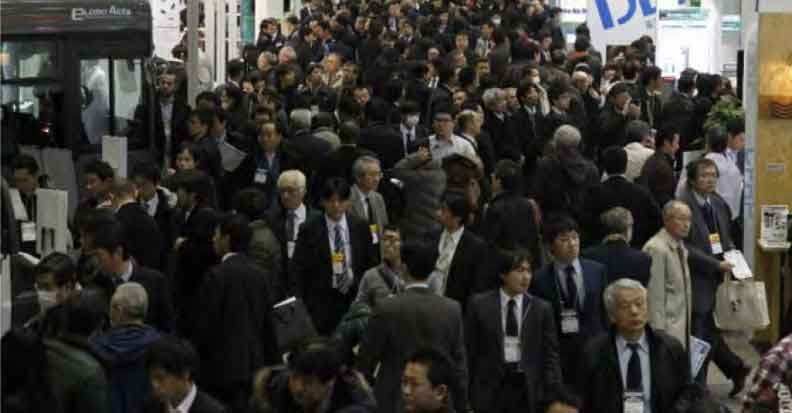 Featuring one of the hottest topics – Advanced Driver Assistance Systems (ADAS) and Autonomous Drive, the new zone “Driver Assistance/Autonomous Driving System Zone” was launched inside CAR-ELE JAPAN this year. A large number of demonstrations and interactive exhibits of autonomous driving technologies were seen inside the exhibit halls.

Complementing the exhibition, 52 seminars were held concurrently, attracting 4,283 industry players. The most popular session was the Keynote Session under the theme “Automotive Industry Revolution: A Future Driven by Next-Generation Vehicles”.

Soichiro Okudaira, Senior Managing Officer of Toyota Motor Corporation, presented “Toyota’s Development Toward Realizing Sustainable Mobility”; David Mark Pascoe, Vice President of Engineering and R&D, Magna International Inc, talked about “Car of the Future – A Supplier’s Perspective”; and Sven A. Beiker, Executive Director of Center for Automotive Research at Stanford, Stanford University, gave a speech on the topic “Automated Vehicles – They are coming, but they might not be exactly what we expect”.

The next show, Automotive World 2015, will take place from January 14-16 next year with another fair, the 1st Automotive Components Processing Technology Expo being launched. The organizer, Reed Exhibitions Japan Ltd, expects the total scale will increase by 10%.

Author plasticsinfomart 281
We cordially invite you to meet us at the formnext trade show from 16 to 19November 2021 in Frankfurt a. M., Germany at ARBURG...
Read More

Rebranding of companies in the RAMPF Group