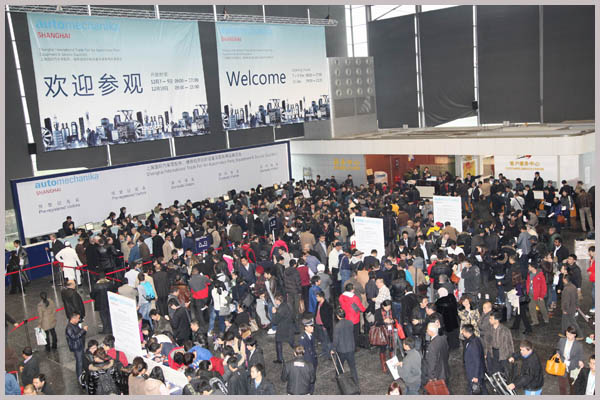 Automechanika Shanghai 2013, held in December, attracted 4,618 exhibitors from 38 countries and regions representing a 12% increase. The number of visitor was 81,936, a 14% increase from the previous show with visitors representing 141 countries and regions. Both the figures are new records of the Asian leading international trade fair for automotive sector, according to the organizers.

The show was held at the Shanghai New International Expo Centre, China with total exhibition space of 210,000sqm, covering the venue’s entire 17 halls plus seven outdoor tents. A record 40 fringe programs were organised during the show, including events that supported some new show zones.

Ten years ago the first edition of Automechanika Shanghai only had 235 exhibitors and most of them were small and medium sized domestic auto parts manufacturers, according to Mr Jason Cao, Senior General Manager, Messe Frankfurt (HK) Ltd.

Among the visitors, 26% of visitors were from overseas, and the top ten visiting countries and regions were Taiwan, Russia, Turkey, Korea, Malaysia, Iran, US, Japan, India and Thailand. This year’s show also attracted visitor groups from Australia, India, Indonesia, Korea, Malaysia, Poland, Russia, Thailand and Turkey.

Mr Yi Fulong, Director of Import and Export Office, Planning & Development & Marketing Management Department of Fawer Automotive Parts Ltd Co, also said: “We returned because it is the biggest, most important and professional trade fair in China. This year, we again received a lot of enquiries from professional visitors from all around the world. We are especially happy to have met visitors from North America and Europe as we are eager to expand our market to those regions.”

Author plasticsinfomart 105
Refcool successfully won a competitive tender from a large international group company for their in-house plastic injection moulding facility which was relocating to a...
Read More