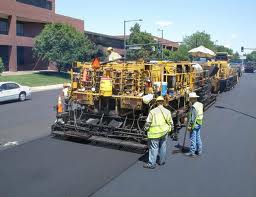 WASHINGTON: The Asphalt recycling industry in the US has recorded impressive growth in 2011, according to statistics released by the US National Asphalt Pavement Association (NAPA). The findings of NAPA places asphalt industry at the top recycler of the country.

The use of reclaimed asphalt pavement in the US construction sector witnessed an incremental growth of 7% from 2010 and 19% from 2009. In 2011, more than 99% of asphalt pavement reclaimed from roads was used in new pavements instead of going to landfills. In the survey, over 98% of producers reported using the material in their mixes for new construction, pavement preservation, rehabilitation and other projects; this figure is ‘up slightly’ from the 96% of businesses using the material in 2010, according to NAPA.

The usage of recycled asphalt shingles also witnessed drastic improvement. A total of 1.2 million tons of recycled asphalt shingles were used in the country during 2011. The usage has grown by 8% over the year from 2010. The usage surged significantly by 52.5% when compared to 2009. The National Asphalt Pavement Association is the only trade association that exclusively represents the interests of the asphalt pavement material producer and paving contractor on the national level with Congress, government agencies, and other national trade and business organizations.

Author plasticsinfomart 103
Since the day we were born, we have always heard that we should recycle plastic. Blue bins are ubiquitous across the globe. Recycling is...
Read More
Environment Recycling News