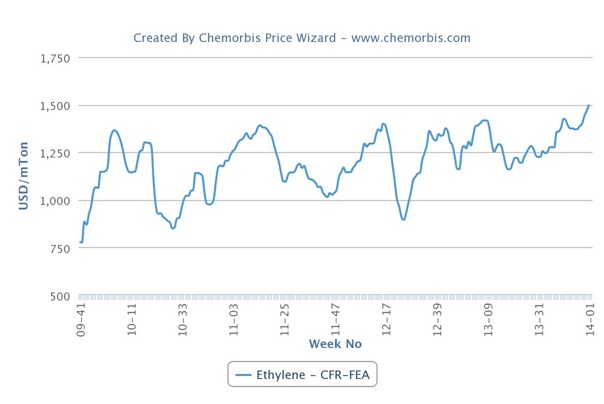 Looking at spot ethylene costs on a week over week basis, they indicate around $30/ton increases when compared with the previous week. Tight supply levels in Asia were pointed to as the main reason behind these recent hikes despite the ongoing holiday lull in the region. Some major players in Japan were reported not be back to their desks during this past week due to the New Year holiday.

In China’s PE market, general expectancies are about mostly steady market levels for January. Although demand is likely to slow down gradually given the approaching Chinese New Year, strong upstream costs are to support sellers on their firm offer levels.

US plastics machinery export on a rising curve

US PVC prices firming up across the globe

Author plasticsinfomart 74
A doubling of oil prices in the past six months has yet to convince many Canadian oil companies to fatten capital spending, partly because...
Read More