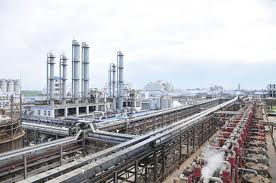 New monomer capacities are set to come online in Asia through the end of this year as per the pricing service of ChemOrbis. ExxonMobil started up its new cracker at its Singapore petrochemical complex on Jurong Island at the end of May. Construction of the cracker, which has an ethylene capacity of 1 million tons/year, was completed at the end of 2012.

Taiwan’s CPC is expected to start up its new No 6 steam cracker at Linyuan in the third quarter of this year. The cracker had initially been scheduled to come online in the second quarter but the date was delayed as the company is waiting to receive a license to proceed with the start up. The new unit has a capacity to produce 600,000 tons/year of ethylene, 300,000 tons/year of propylene and 100,000 tons/year of butadiene.

China’s Tianjin Bohai Chemical Industry is expected to start up a new propane dehydrogenation (PDH) unit with a propylene capacity of 750,000 tons/year at the end of the year. The company is planning to start feeding propane into the unit by October.

Market sources reported that Shaoxing Sanyuan Petrochemical is also on track to start up a PDH unit at Zhejiang in December 2013. The unit will have a capacity to produce around 450,000 tons/year of propylene.

According to ChemOrbis, Singapore’s SP Chemicals is targeting to commission a new 320,000 tons/year styrene plant in Jiangsu, China in the third quarter of this year. The company expects to conduct both test and commercial runs within the third quarter.