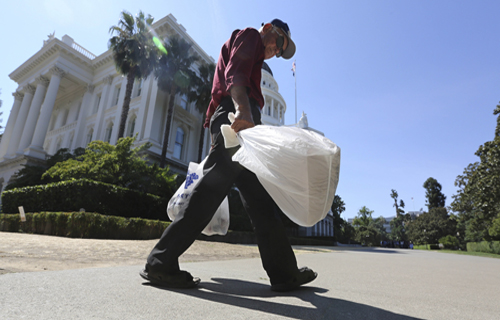 It is likely therefore that the City of Dallas, and 12 other Texas municipalities will not be allowed to proceed with their attempts to ban or tax plastic bags. This follows the rejection of a plastic bag ban in New York and Arizona, and even in a Californian town.

The CEO of a British public company, Michael Laurier, has commented on this trend – “Plastic bag bans and taxes are popular with politicians who want to be seen to be “doing something for the environment” but they are unnecessary and counter-productive. Plastic bags are extremely useful, not only for shopping but for a multitude of other domestic uses, and should not be banned or taxed without very good reasons, which do not exist (See Plastic Bag Bans & Taxes at www.biodeg.org).

“Plastic is attacked on the basis that it can lie or float around for decades if it gets into the open environment, but this will not happen if the bags are made from the new “Controlled-life” plastic, which will harmlessly degrade then biodegrade in the open environment much more quickly than old-fashioned plastic” says Laurier.

Michael Laurier is CEO of Symphony Environmental Technologies, which supplies d2w® Controlled-life plastic. “Another reason for the attack on plastic” he continued “is the mistaken idea that thousands of barrels of oil are extracted from the earth to make plastic. In fact the oil is extracted to make fuels, and plastic is made from a by-product which used to be wasted. The same amount would be extracted if plastics did not exist.”

Controlled-life plastic bags can be made by existing factories, and cost little or no more than old-fashioned plastic. If collected during their useful life they can be recycled with other plastic waste.

Symphony points out that ten countries in Africa, Asia, and the Middle-East have passed laws requiring plastic bags and packaging to be made with Controlled-life technology. Laurier believes that Texas and the other US States should do the same.