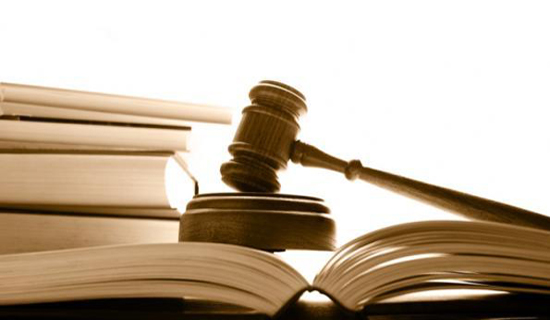 The Administrative Law Judge of the Federal Trade Commission of the United States has ruled against the FTC on the following important points in case no.9358, decided on 28th January 2015.

The court held that it is not necessary to prove that the plastic will biodegrade and return to nature within one year after customary disposal (but if a supplier chooses to state a timescale for biodegradation he will have to prove it). The court described the one-year test, which the FTC had invented, as arbitrary.

The court noted that the scientific witness called by the FTC “was unaware of any instance in which a peer-reviewed article concerning biodegradation of plastics had ever defined the term “biodegradable” as entailing a complete breakdown and return to nature within one year after customary disposal.” “Commonly recognised biodegradable substances such as banana peels, tree trunks and paper do not reliably break down completely into elements in nature within one year after customary disposal.”

The court held that a plastic could properly be described as biodegradable even if less than 60% evolution of CO2 is proved.

The court accepted the scientific evidence that CO2-evolution tests may understate the amount of biodegradation. “Gas evolution testing does not account for carbon that may have been cleaved from the substrate but converted to cell-mass instead of gas.”

Also, that “as molecular weights decrease through microbial biodegradation, the susceptibility of polymers to further biodegradation increases.”

“The presence of a plateau in a closed-system laboratory test does not necessarily mean that biodegradation of the test substrate is no longer possible.”

The court has accepted that acceleration of tests to save time and money in the laboratory do not invalidate the tests. The court found that “Scientists agree that it is perfectly acceptable to extrapolate whether a material is biodegradable from accelerated lab test data. The court also accepted the scientific evidence that “In accelerated testing scientists try to mimic a slow natural process in the lab in a manner faster than would have occurred in nature so that they can get results in a reasonable period of time.

Accelerated testing is commonly done in fields of science where the natural phenomena of interest happens to be of a long timescale, and accelerated testing is appropriate for biodegradation studies.” The court also accepted the scientific evidence that “The central question was whether the material was intrinsically biodegradable – because if the product biodegrades it will do so as long as environmental conditions support biodegradation.” And that “there is no reason why the microbes would not continue to attack those base polymers until completely biodegraded.”

The court refused to prevent a supplier of biodegradable plastic claiming that the product does provide environmental benefits.