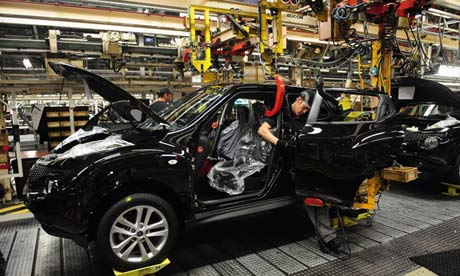 While 2012 was a year of recovery for global automakers, 2013 looks like being even better if the latest forecast from PwC’s Autofacts (Detroit, MI) proves true. Autofacts goes further in predicting that global light vehicle production in 2019 will top 107 million.

2013 year-on-year growth of 5.1% is positive given global economic uncertainty. Indeed Autofacts highlights the European Union and Japan as continued areas of concern. “The European outlook remains a significant concern for the automotive industry, both in terms of its regional importance as well as the threat of a global contagion scenario,” notes Autofacts.

“While there continues to be fluctuation below the topline, the region as a whole is expected to see a further, albeit slower, decline in 2013. Most markets will likely see a depressed first half of 2013 with some territories realizing a slight recovery as economic conditions begin to improve toward the end of the year,” the analyst notes. With this in mind, Autofacts is forecasting EU assembly of 15.6 million units in 2013, a decline of 200,000 units compared to 2012.

BRIC Recovery; 15%-plus growth in China
After a relatively slow growth year in 2012, BRIC (Brazil, Russia, India, and China) markets are expected to start heating up again in 2013. As expected, China will lead the way with 2013 assembly forecasted to reach 18.9 million units, up from 16.4 million in 2012.

Global megatrends
Besides actual sales and assembly forecasts, Autofacts has also identified key megatrends it sees as emerging in the global automobile sector

“Automotive companies remain cautious about economic conditions in Europe,” says Rick Hanna, global automotive leader, PwC. “However, overall we estimate that the global automotive industry will prosper in 2013 from emerging market growth and remaining pent-up demand in the U.S.”