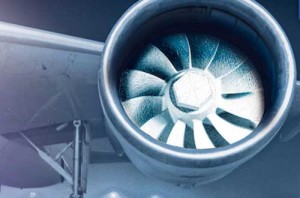 3D printing is often referred to as a disruptive technology by industry watchers. After nearly two decades of covering the additive manufacturing (AM) industry, aka 3D printing, I tend to agree, except that I don’t believe it will be disruptive for the plastics industry —specifically the injection molding processing segment. The real disruption will happen in the metal fabrication business, including in moldmaking.

The reason I say this is because, while great strides have been made in the development of polymers for 3D printing, including engineering thermoplastics such as PEEK and other high-temperature engineering polymers, it has always been powdered metals that manufacturers have yearned for.

The greatest opportunities lie in the ability to make metal end-use parts with complex geometries using one process, rather than having to weld several metal components together to make a single part because of the limitations of subtractive machining.

If I were a traditional machine shop owner doing only subtractive manufacturing, I’d be a bit worried, and I’d be thinking about investing in metal 3D printing, perhaps a hybrid subtractive/additive machine.

For the metal fabrication industry, 3D printing will prove to be a very disruptive technology. Big OEMs are starting to take notice of metal 3-D printing and are investing heavily in that technology.

It began in November 2012, when GE Aviation purchased the metal additive manufacturing business of Morris Technologies. In July 2014, the company announced a $50 million investment in a 3D-printing facility in Auburn, AL, dedicated to the production of its LEAP engine nozzles.

In April of this year, GE announced the Center for Additive Technology Advancement (CATA) and invested $39 million in that facility, which will focus on training and the development of designs and applications. And on Tuesday, Sept. 6, GE announced a $1.4-billion bid to acquire two of the biggest names in metal 3D printing: SLM Solutions (Lübeck, Germany), a manufacturer specializing in selective laser melting equipment and technology, and Arcam AB (Molndal, Sweden), a specialist in electron beam melting equipment.

In December 2015, industrial manufacturer Moog acquired Linear Mold to obtain that company’s fast-growing metal 3D-printing business. Linear was a cover story for how a moldmaker transformed its business into a technology company that took full advantage of both subtractive and additive manufacturing.

Alcoa, a manufacturer of aluminum and lightweight metals, has also invested heavily in 3D-printing technology and in July announced the opening of a 3D printing metal powder plant, located at Alcoa’s Technology Center outside Pittsburgh.

Moldmakers can benefit from the development of metals for 3D printing cores and cavity sets for molded part development, for example. Additive manufacturing has also been used to create conformal cooling lines in injection molds.